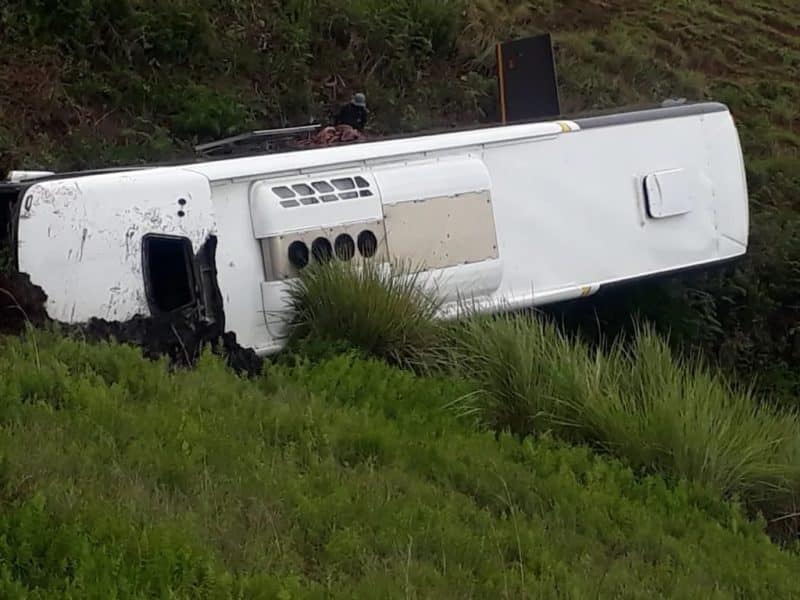 Driver killed after bus rolls down embankment in Eastern Cape

A bus driver has died after the bus he was driving from KwaZulu-Natal to Cape Town went down an embankment and landed in a small river.

According to officials, the bus was travelling from Kokstad in KZN, and had crossed over into the Eastern Cape when it went down a 200m embankment on the N2 near Sugerbush outside Mount Ayliff.

“The bus had 25 passengers on board. Three were trapped and two were successfully rescued by medics using Jaws of life,” Eastern Cape health department spokesperson Sizwe Kupelo said on Sunday.

According to the provincial traffic department, the co-driver was injured in the accident, AlgoaFM reported. None of the passengers were injured, the report said.

The injured were taken to hospital in Mount Ayliff for further care.

Rescue operations were underway to retrieve the driver’s body from the wreckage, Kupelo added.

Five people, four police officers and a civilian, died when the double…
A man was killed when his bakkie collided head-on with a tipper…
Durban – A 54-year-old tanker truck driver sadly lost his life in…