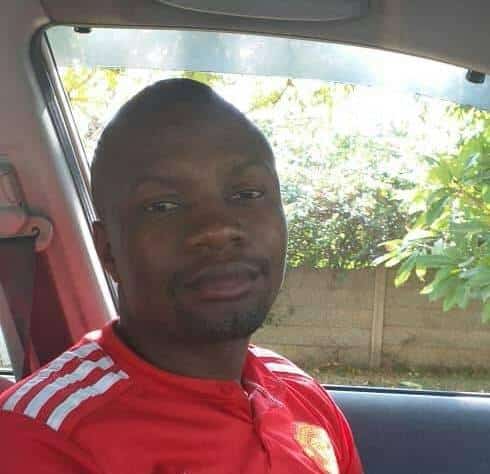 A truck driver was killed in a freak accident which is suspected to have been caused by a burst hydraulic system on Sunday afternoon.

The terrible accident happened at Bubi, along the Beitbridge – Harare highway.

Witnesses at the scene reported that the trucker was trapped by the truck cab after it fell onto him as he tried to take a picture to send his boss.

The cross-border trucker, identified as Leeroy Nyakabau, a Zimbabwean national, was working for Boksburg based Shavaeland Transport.

“The truck had a problem building up pressure of which we suspected the air drier was causing it, I then asked him to take a picture and send me so that we could buy another one,” said Nyagumbo.

“I received a call moments later, informing me that Leeroy had been trapped by the truck cab and unfortunately nothing could be done to save his life,” he added.

Nyagumbo said he was told that the truck cab hydraulic system burst causing the cab to come crashing down onto the unsuspecting Nyakabau.

Fellow truckers who witnessed the incident tried to lift the cab off but it took too long.

Eventually, they strapped the cab and used another truck to pull it and removed his already lifeless body.

“We have lost a good man and a family man, our condolences to his family,

“We are working with the Zim authorities and his family to ensure that he gets a proper sendoff,” Nyagumbo said.

Videos and pictures of the incident have been making rounds on social media from yesterday.

Editor’s note: While we always want to have photographic proof to report or inform matters to our friends as truck drivers, we should also bear in mind that the same pictures may reach close family before they are officially informed. It is devastating to learn of the death of your close relative on social media, worse when graphic media accompanies the messages.

Durban TPT concedes that trucking delays are a big challenge

We rob trucks because we are poor, say schoolkids in De Doorns