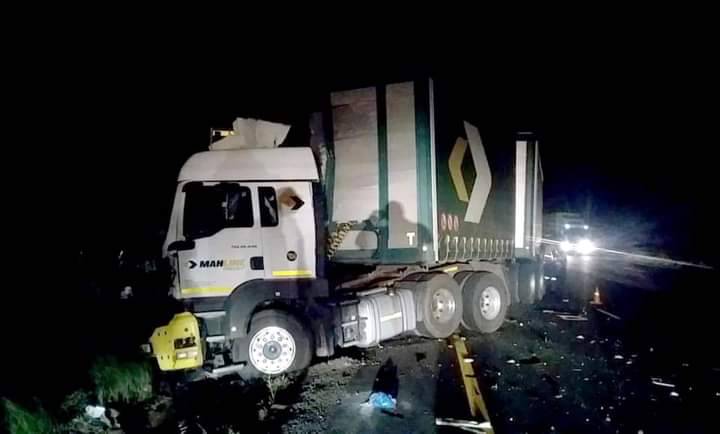 A truck driver from Manline Freight has been killed in a two truck crash on the N3 near the biltong shop at the bottom of Van Reenen pass on Sunday night.

SA Trucker was notified of the serious accident on the Durban bound lanes at 19h35.

According to a witness, the Manline truck was traveling north on the N3 when the driver lost control of the vehicle and veered onto the southbound lanes where he collided with an empty car carrier truck.

Both vehicles landed on the left hand side of the southbound lanes.

The Manline truck driver was tragically killed in the accident.

Paramedics treated the car carrier truck driver and conveyed him to hospital.