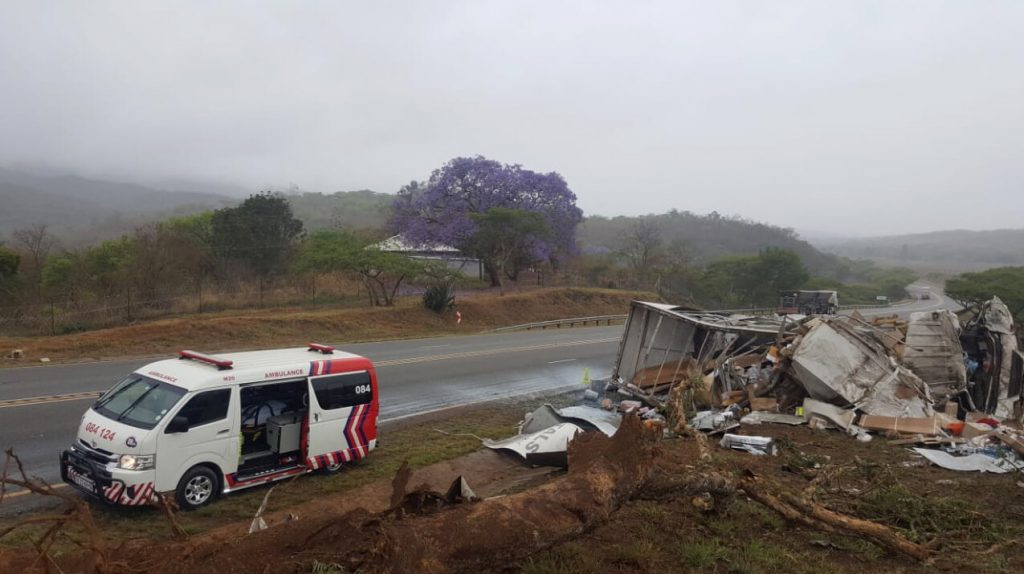 Nelspruit – Four people were killed on Thursday morning when a truck overturned on the N4 near Schagen in Nelspruit.

At approximately 8:15, paramedics from ER24 arrived on the scene where they found the truck completely ripped open.

All four occupants, three men and a woman, was found with fatal injuries.

Sadly, there was nothing that could be done for them and they were declared dead on the scene. All four occupants were ejected from the truck when it capsized.

It understood that the truck collided with a large tree on the side of the road before it came to a standstill on its side next to the road.

The exact circumstances surrounding the incident is not yet known.

Local authorities attended the scene and will investigate.