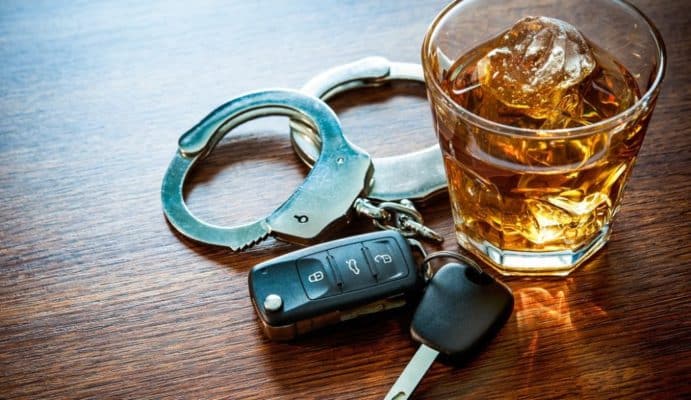 A new driving law being put in place by June 2020 will make 0% the new legal blood-alcohol limit for drivers.

This means that no one may drink and drive at all.

The National Road Traffic Act (NRA) currently makes it legal for drivers to get behind the wheel of a car with no more than 0,05 gram blood-alcohol concentration per 100 millilitres and 0,24 milligrams breath alcohol content per 1000 millilitres.

With the AARTO Act, individuals may not have a trace of alcohol in their system while driving.

“We are going to be intolerant to drinking and driving.

We’re going beyond saying there’s some percentage – it must be zero percent.

It’s going to be zero.

No alcohol in the blood – and the law is going to bite with regard to that,” Mbalula said.

In addition to the 0% limit, the AARTO Act will also be rolling out a new demerit system in the hopes of improving road safety and reducing fatalities.

Demerits can be earned for a number of infractions such as driving without a seatbelt or while using/holding a cellphone, and these infractions carry different weights.

For example, drunk driving may earn you six points, while driving without a licence is worth four points.

Those with more than 12 demerits will have their licence suspended. Every point beyond the twelfth demerit will result in three months of suspension.

Contrary to popular belief, it is actually possible to get a truck…

This website uses cookies to improve your experience while you navigate through the website. Out of these, the cookies that are categorized as necessary are stored on your browser as they are essential for the working of basic functionalities of the website. We also use third-party cookies that help us analyze and understand how you use this website. These cookies will be stored in your browser only with your consent. You also have the option to opt-out of these cookies. But opting out of some of these cookies may affect your browsing experience.
Necessary Always Enabled
Necessary cookies are absolutely essential for the website to function properly. These cookies ensure basic functionalities and security features of the website, anonymously.
Functional
Functional cookies help to perform certain functionalities like sharing the content of the website on social media platforms, collect feedbacks, and other third-party features.
Performance
Performance cookies are used to understand and analyze the key performance indexes of the website which helps in delivering a better user experience for the visitors.
Analytics
Analytical cookies are used to understand how visitors interact with the website. These cookies help provide information on metrics the number of visitors, bounce rate, traffic source, etc.
Advertisement
Advertisement cookies are used to provide visitors with relevant ads and marketing campaigns. These cookies track visitors across websites and collect information to provide customized ads.
Others
Other uncategorized cookies are those that are being analyzed and have not been classified into a category as yet.
SAVE & ACCEPT
Total
122
Share
122
0
0
0
0