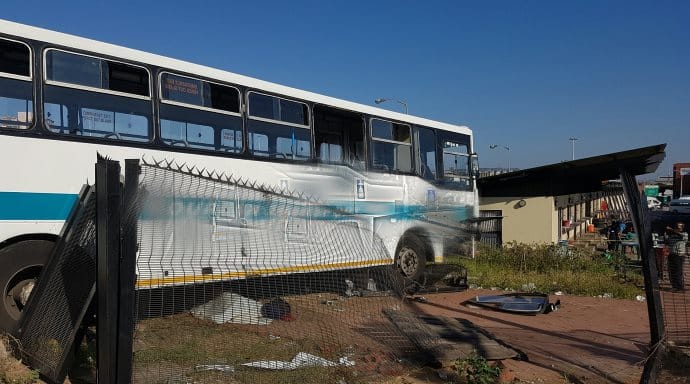 Two people have been killed and thirty others have been injured after a bus and a delivery vehicle collided at the corner of Smith Street and Williams Road just after 13:20pm on Wednesday.

Rescue Care Paramedics arrived on the scene to find total chaos. A bus and a delivery vehicle had collided in the junction before the bus left the roadway crashing through a fence that leads to the taxi rank. Two people were found lying under the bus and had unfortunately passed away before paramedics arrived on the scene due to their injuries. Thirty other patients had sustained various injuries ranging from minor to severe and were stabilised on the scene before being transported by various ambulances to various Durban Hospitals for the further care that they required.

SAPS Search and Rescue and Durban Fire Department worked to free the trapped people from the bus.

AT this stage it is unclear what caused the collision however SAPS were on scene and will be investigating further.