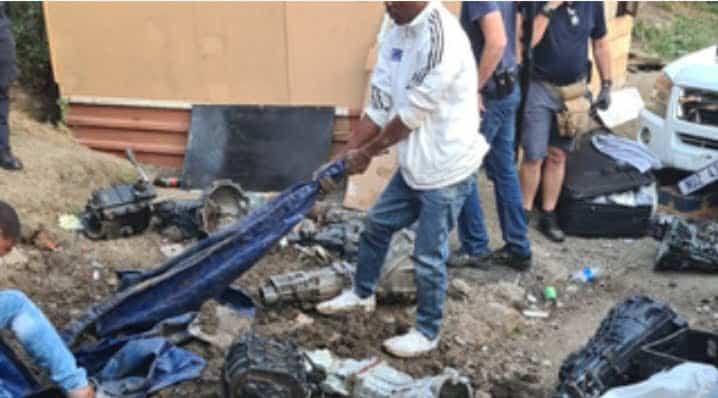 Durban man arrested for looting 12 gearboxes from his employer

A Durban man has arrested after 12 gearboxes he allegedly stole from his workplace were found buried in his yard.

Durban metro police recovered the 12 gearboxes in his yard after receiving an anonymous tipoff.

Durban metro police spokesperson Senior Superintendent Parbhoo Sewpersad said as part of recovery of goods looted during violent unrest in the province last week, police officers have been following up on information received.

“A citizen contacted police about a staff member he had suspected of looting his shop.

“The alleged suspect’s house was pointed out in Sea Cow Lake and upon arrival the suspect was attempting to flee.

“Police apprehended him and upon inspection discovered 12 gearboxes buried in the yard.”

“There was a large quantity of flat screen TVs, clothing, a sound system to the value of about R200 000 among other things.”

“A total of three people have been arrested and were taken to Greenwood Park SAPS.”

The recovered items have been seized by police.