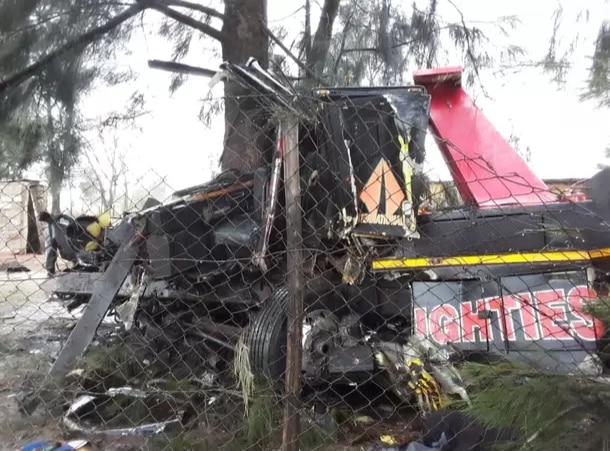 Durban – A Phoenix teenager lost his life when a heavy-duty tow truck he was travelling in veered off the R614 and collided into a tree near Harburg.

Euveer Singh,19, who hails from a family of bus owners, was with two others in a heavy-duty tow truck belonging to Lighties Coach Works en route to fetch a bus on Monday afternoon.

Police spokesperson Lieutenant Colonel Thulani Zwane said the incident took place at  14:15 at Efaya Main Road in Harburg where a truck collided with a tree.

“A driver and two passengers sustained injuries and were taken to hospital for medical attention.  A 19-year-old passenger later succumbed to his injuries,” Zwane said.

A case of culpable homicide was opened at Harburg police station for investigation.

The truck cab was extensively damaged and it is alleged that the occupants flew out on impact with the tree.

Singhs father Sash is the owner and driver of a bus in Phoenix. His uncle owns Lighties Coach Works and Tito Trans in Verulam.

Singh professed his love for buses often on social media posts which earned him the nickname, the boy who loved buses on the Buses in Durban Facebook group.

His cousin Sharlene Singh said he is survived by his father, mother, two sisters, aunts, uncles, cousins and friends. A relative Sagar Singh said no words can express their shock and to lose a good and responsible young man who really cared for others is even harder to accept.

Singh’s funeral will take place on Wednesday at the Mountview Civic Hall between 11 am and 14:30 pm. He will be cremated at the Verulam Crematorium.