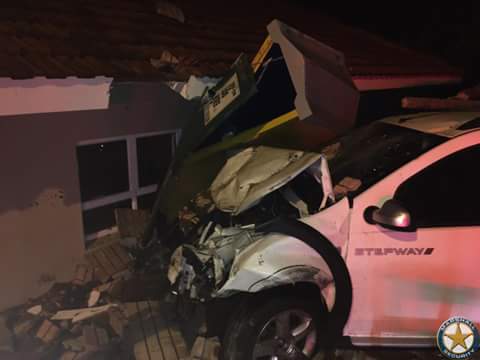 A couple has been left with moderate injuries after their car collided with another on Sunday.

The accident happened this evening around 18h00 on Danville Avenue in Durban North.

According to Marshall Security, two light motor vehicles collided and one of the vehicles veered off the roadway. The car went to rest against a house after smashing through the boundary wall.

Two occupants of the vehicle , a husband and wife, believed to be in their late forties, suffered moderate injuries and were attended to on scene, before being transported by Netcare911 ambulance to a nearby hospital for further care.

There were no injuries suffered by the driver of the second vehicle involved.

The cause of the accident is unknown and remains the subject of the authorities’ comment.

Marshall Security and Netcare 911 paramedics attended to the scene.