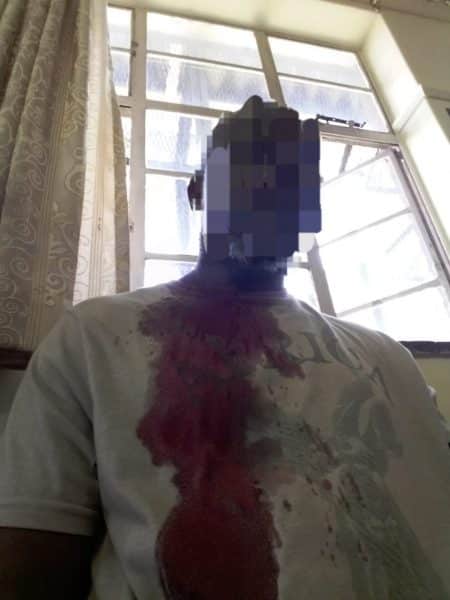 Durban – A truck driver is lucky to be alive after he was shot point-blank in the neck allegedly by his boss after asking for his outstanding wages.

The shooting happened at Avante trucking company premises in Clairwood, Durban after a confrontation between the driver and his boss.

The trucker who has asked SA Trucker not to publish his name said that it all started after his truck had a breakdown just over a week ago.

He alleges that his boss fired him after his truck broke down accusing him of negligently breaking it.

A witness at the scene of the shooting said that the driver was only asking for his wages owed since he was fired without notice but the boss refused saying that he would use the money to repair the truck.

“The boss went to his car wanting to leave the yard but the driver followed him, forcing to come back and finish the conversation with him,” he said.

It is alleged that the boss came out of the car and went straight into the office where he came back holding a small gun.

“The driver got infuriated that his boss took a gun to scare him because he had asked for his money, that’s when the boss shot him straight in the neck,” the witness narrated.

The boss is alleged to have fled the yard immediately after the shooting.

An ambulance took the injured driver to Wentworth Hospital where they took out a pellet which was still lodged in his neck.

SA Trucker has since established that an air gun was used in the shooting,

The driver is yet to lay any charges against the suspect.