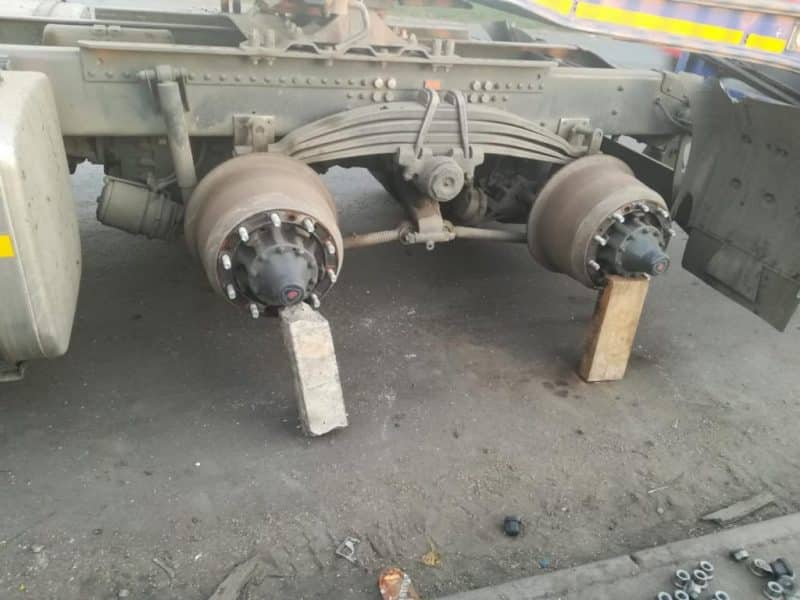 A total of 8 tyres were stolen when tyre thieves pounced on truckers who were queueing towards Bridgeport Container Depot in the early hours of Monday morning.

The suspects managed to steal four complete wheels from one truck and another four from a trailer not far behind the other truck.

The suspects are not known and no one has been arrested.