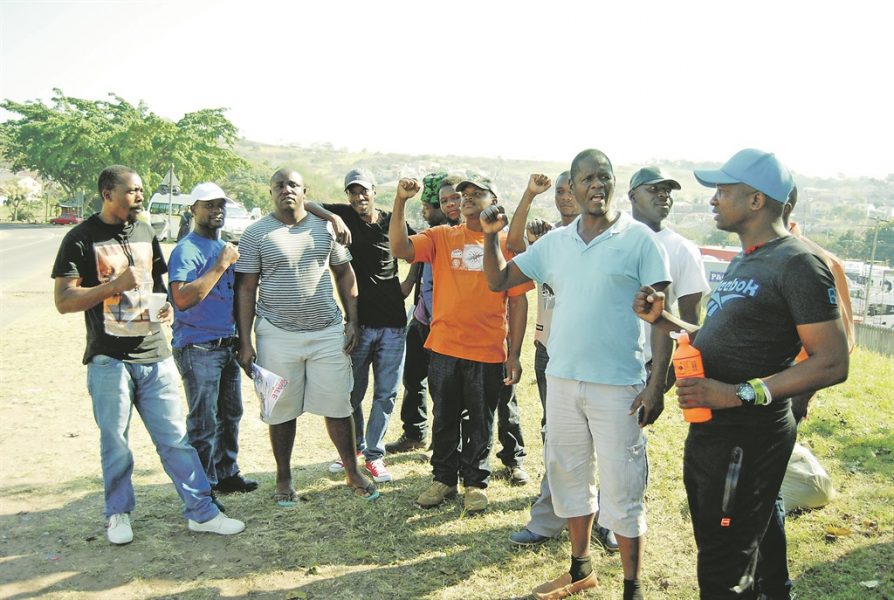 Truck drivers at GSF trucking company have downed tools demanding better pay and an improvement to their working conditions.

About 100 drivers protested at the gate of the company’s premises in Chatsworth, Durban yesterday.

Drivers told SA Trucker they were tired of being exploited by their employer.

One driver claimed they are paid between R4000 and R6000 a month instead of the gazetted R10000 paid to a code 14 driver in South Africa.

“We fully supported our local brothers when they blockaded the N3. Exploitation is rife in our industry and the responsible authorities have let us down,”

“The Labour Department have left us at the mercy of our cruel employers who only care about making profit at our expense. Employers, not only GSF, pay many of us their pocket change ignoring the stipulated wage by the bargaining council,” he added.

“In fact we will support any demonstration against these unscrupulous employers because we are the biggest victims here, our fellow South African drivers should see that employers of this calibre are our common enemy whom we should fight together, not fighting against each other as drivers,” said the driver from zimbabwe.

The striking drivers claimed that they deliver outside South Africa and spend days on the road with no food money or hotels. They are not paid overtime and are forced to sleep in their trucks.

The drivers claimed the company paid them per trip and refused to pay a basic as stipulated by law.

Drivers showed SA Trucker their payslips with deductions for tax and UIF, they claimed when they went to SARS and the Labour department they were told their company was not paying any money.

There was a deduction of R2546,52 on their payslips and the drivers said they didn’t know what it was for.

Attempts to obtain comment from the company failed because the security guard said management was locked in a meeting with the drivers’ representattives.