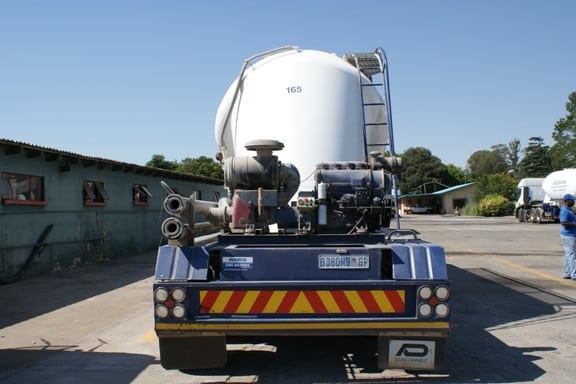 EFF and S.A.N.C.A.T.R.A. have been accused to be behind the demise of Bogdan’s Transport according to a report online.

The big trucking company in the Gauteng is closing its doors and as a result, laying off several employees following pressure from the Economic Freedom Fighters (EFF) and S.A.N.C.A.T.R.A. the report said.

Bogdans Transport released a statement announcing the closure of the business.

They also state that other companies in the cement industry may also close very soon as they have continuously been targeted by EFF and S.A.N.C.A.T.R.A.

The company which specialises in the transportation of cement claims that its management and employees are under constant threat from the two organisations.

According to the company’s website, they boast a fleet of over 90 trucks split between cement tankers, side tippers and tautliners.

Bogdans Transport, as well as other transporters within the cement industry, namely Elf Trans, Summit Vervoer, LTD Transport and Hilton Logistics, have been targeted by the same group being S.A.N.C.A.T.R.A. union and the EFF.

The illegal stoppages, destruction of property and interference of customers has caused losses of millions of rands within the industry.

As Bogdans Transport is a member of the industry’s Bargaining Council and have had no previous strikes nor grievances raised by employees or any outside parties we can state that the current strike action is definitely an approach by EFF and S.A.N.C.A.T.R.A. union to bring the construction industry within South Africa to a standstill.

Bogdans Transport is currently consulting with relevant individuals and companies to remedy the situation but with the strike action still taking place and threats spread to Bogdans Transport and its management by the EFF and S.A.N.C.A.T.R.A. we have no option but to close the company down and stop its operations with immediate effect.

We will keep all customers and relevant individuals up to date with the current situation.