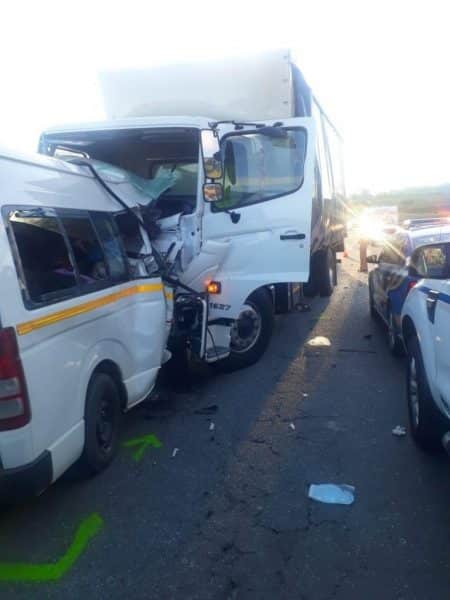 Eleven people were killed in a head-on crash between a truck and a minibus taxi on the N2 between Mount Frere and Mount Ayliff in the Eastern Cape.

The Provincial Transport Department said a minibus travelling from Mt Ayliff collided head-on with a truck on Wednesday.

Spokesperson, Unathi Binqose, said all the occupants in the minibus were killed.

He said the truck driver and a passenger were rushed to hospital with serious injuries.