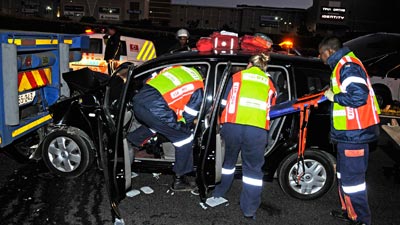 Emergency Services member killed while attending to another crash victim

A member of the Johannesburg Emergency Services (EMS) has been killed on the N1 South in Midrand.

Metro police Chief Wayne Minnaar says the victim had responded to an earlier accident around 5 O’clock on Sunday morning, and was knocked down by two other vehicles.

Minnaar says a case of culpable homicide will be investigated.

The incident comes a few weeks after a metro policeman was struck by a drunk driver after pulling another vehicle over at the Buccleuch Interchange on the N1 North.

Durban – Some truck drivers protesting against the employment of foreign nationals…