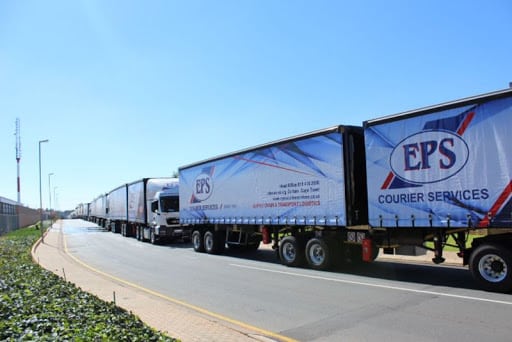 EPS and ISS lying about agreement, manager arrested for the shooting of drivers

Tirisano Transport and Service Workers Union (Tirisano) has denied ever agreeing with EPS Courier Services and Innovative Staffing Solutions (ISS) on the transfer of truck drivers to the later as initially claimed by ISS Managing Director, Arnoux Maré.

Maré revealed on April 3 that the workers union agreed to the transition on behalf of their members, however, Tirisano General Secretary, Stephen Motingoa disputes this.

“There is nothing like that. All we wanted was to see was the agreement between ISS and EPS. The content of that legal agreement is not known and that they don’t want to disclose it and that is the key issue.

“We have asked for that document and we are told it’s confidential but, we didn’t agree to anything of such nature,” he said.

A total of 19 truck drivers were shot by armed security guards after they allegedly refused to leave EPS Courier Services premises in Gosforth Park Germiston.

According to Maré the workers embarked on an illegal strike.

“Our brief to the security firm was to disperse the illegal strikers at the EPS depot in Germiston. When employees refused ISS management’s numerous requests to leave the premises. No instructions were given by any ISS personnel to shoot at the truck drivers,” he said.

Maré said the mandate was to protect ISS staff members and property from vandalism.

He said the security team had attempted to peacefully disperse the crowd using crowd dispersing tactics.

Maré said the transfer of staff between EPS and ISS would not interrupt any employee.

“There will be continuity of employment and their contract of employment continues with Innovative Staffing Solutions as their new permanent employer.”

“One person who is reported to be a senior manager in the company was arrested and charged with attempted murder. He was later released on bail and investigation is continuing,” he said.