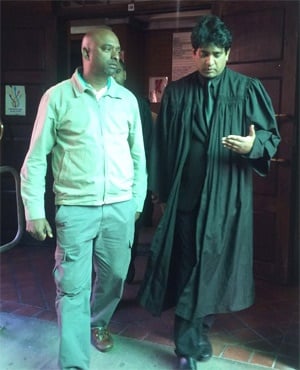 Durban – The case against the owner of a truck that ploughed into several vehicles on Pinetown’s Fields Hill in 2013, killing 24 people, was on Friday postponed at the Verulam Magistrate’s Court.

Gregory Govender, the owner of Sagekal Logistics CC, appeared in court on charges relating to the contravention of the National Road Traffic Act, the Immigration Act and operating an unroadworthy vehicle.

Govender took the stand and showed no emotion as Magistrate R Parshotam adjourned the matter to September 26 for representations to be made by his attorney, Theasen Pillay, to the Director of Public Prosecutions.

When Govender appeared last month, the case was reportedly postponed to allow the prosecution team time to obtain copies of liquidation documents.

The driver of the truck, Swazi national Sanele May, was sentenced to eight years imprisonment in November 2014. The truck he was driving crashed into a fully loaded minibus taxi and several other vehicles on September, 5, 2013.

Govender was not initially charged but it reportedly emerged during May’s initial bail application that the truck he was driving was not roadworthy and that May was an illegal immigrant.

“You eat three of these buns, you’re done!” That’s the warning doing…

Pretoria – An armed robber escaped after shooting and killing his accomplice…