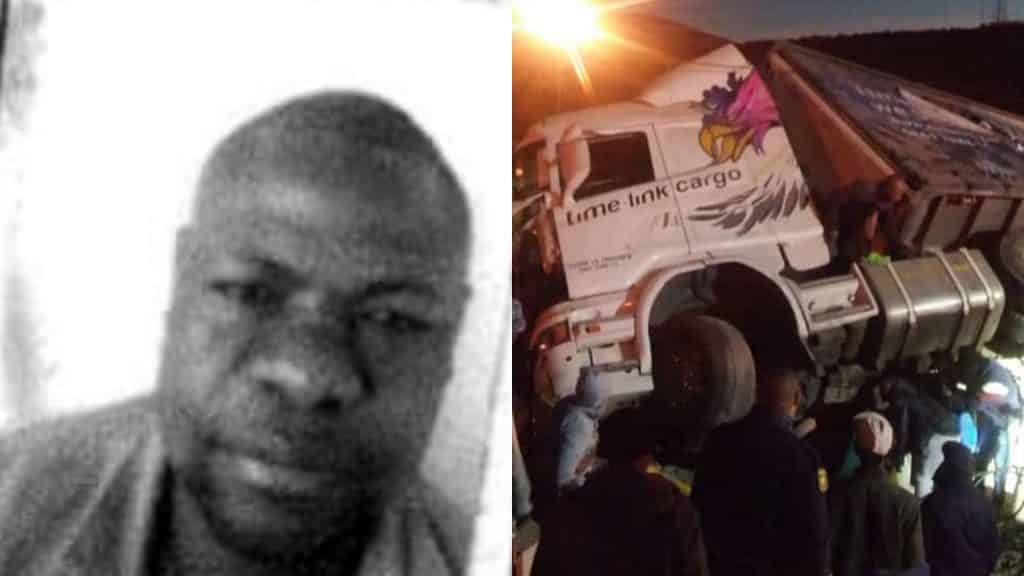 Cape Town – Police are investigating the murder of Time Link Cargo driver Christopher Kgomo, 46, who died after his truck was stoned in De Doorns in Cape Town on Sunday morning.

It has ermeged that five people have been for looting the vehicle.

Kgomo died on Sunday morning when a boulder was thrown through his windshield and broke the steering wheel causing him to lose control of the truck.

He survived the crash only to be killed by the mob after they trampled on him as he lay injured.

Kgomo had worked for the company for three years.

The truck was on its way to Cape Town, carrying clothing for a well-known retail store.

The traumatised co-driver reported to the company that looters jumped into the vehicle after it stopped and trampled Kgomo to death. They stole the goods and the co-driver fled the scene to save his life, the company said.

A culpable homicide case was opened on Sunday and it has since been changed to murder, Western Cape police spokesperson Captain FC van Wyk said.

Watch | Dashcam video reveals how the boulder knocked out the driver

His information was that a stone was thrown from the Stofland foot bridge in De Doorns around 05:20, causing the driver to lose control of the truck and overturn.

“The murder investigation continues. The detectives are working around the clock in an effort to find the perpetrators.”

He said five people, aged 26 to 48, were arrested for allegedly stealing clothing from the truck. They are to appear in court on Wednesday.

Truck owners have demanded to know what authorities are doing to safeguard their drivers, vehicles and cargo after fresh attacks on the notorious stretch of the N1 in the farming district.

It appears three trucks were targeted in the area this week alone.

Police spokesperson Lieutenant Colonel Andre Traut confirmed that a truck was stoned in the early hours of Tuesday morning and that no one was injured.

He said they have not arrested anyone for malicious damage to property.

He did not respond to a question about whether police had increased visible policing as a result.

Nico van Zyl, who owns Velox Carriers, said his truck was also targeted in De Doorns at around 02:00 this morning and he was in the process of opening a case with police.

“There is a pedestrian bridge to cross the N1. It is enclosed but maybe they have opened it up. They get boulders and just drop it there,” he said.

He confirmed his driver was okay because his trucks were fitted with stone guards – a thick metal grid that protects the lower part of the front windscreen.

These guards primarily protect the windscreen and drivers from rocks that are thrown from the side of the road – not from above.

Van Zyl said his main concern was the safety of his drivers as his trucks and loads were insured.

He has now instructed them to only drive through De Doorns at certain night-time hours and tirelessly tracks his trucks to make sure they come out safely.

These stonings had a potentially devastating effect on other drivers and pedestrians, he pointed out, as a truck and full load weighed in at 56 tons.

He said he and other truck owners wanted to know what authorities were doing about these hotspots and whether they would be placing additional security and/or cameras there.

“We have already lost a life. When is the next one?”

Durban – Cops have seized 999 bricks of cocaine valued at R500m…