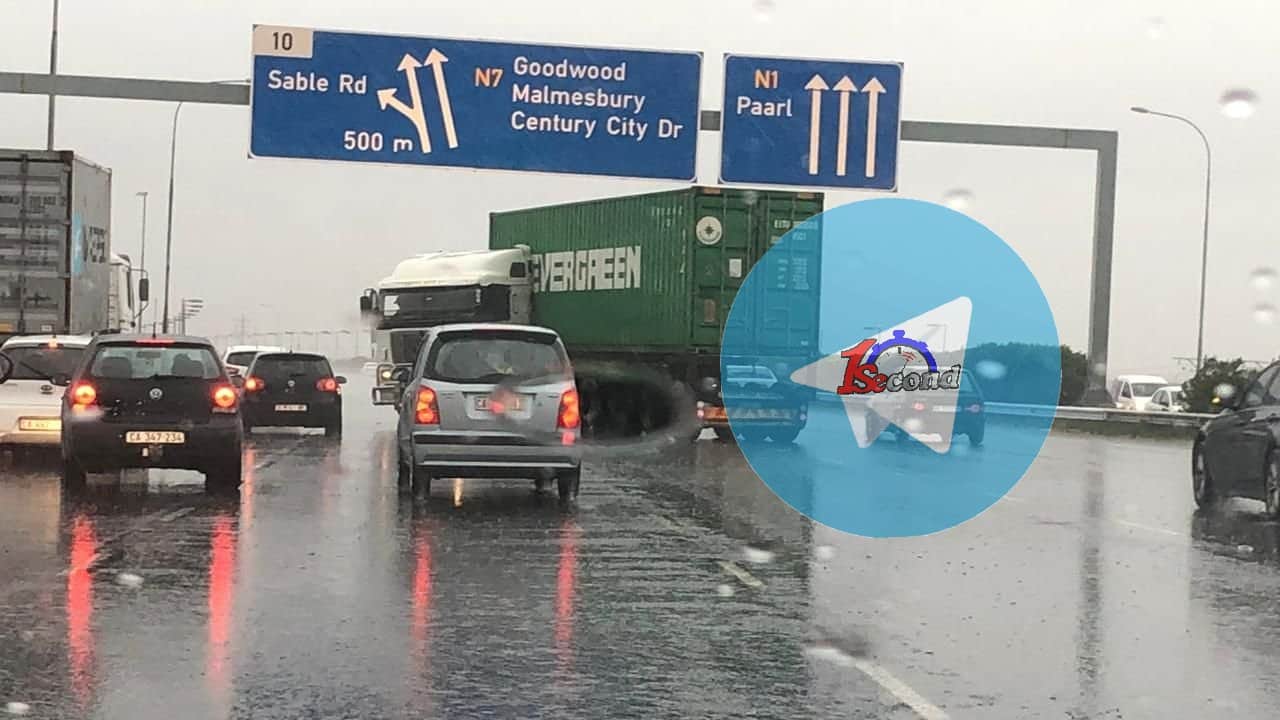 Cape Town – A combination of flooding due to heavy rain on Friday morning, leading to poor visibility, several vehicle accidents and traffic lights that are out of order worsened the peak-hour traffic.

Rainy conditions are expected from Friday until Tuesday – with a break from the rain from Saturday afternoon until Sunday morning – due to a few cold fronts setting in over the Western Cape.

The most intense cold front made landfall early on Friday, with a short spell of intense rain expected.

A truck that jack-knifed on the N1 outbound before Sable Road obstructed three lanes.

In Wynberg, Rosmead Road is flooded, as are many of the roads leading off it, through to William Herbert.