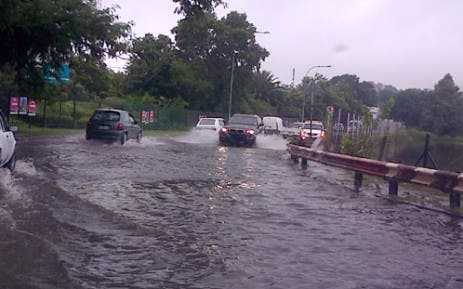 Floods warning for Gauteng and KZN due to sustained heavy rains

The South African Weather Service (SAWS) issued a warning of possible flooding in some parts of Gauteng and KwaZulu Natal this weekend due to sustained downpours.

An alert has been issued for residents to avoid particularly low-lying areas that are prone to flooding.

The weather conditions are expected to also affect driving as they could lead to reduced visibility and pooling on the roads.

Forecaster Tokelo Chiloane said the downpours could persist throughout the weekend.

“We have an alert for heavy rainfall leading to locaised flooding. It should clear from Monday.”

Widespread showers are also expected in the Eastern Cape, KwaZulu-Natal and Mpumalanga.