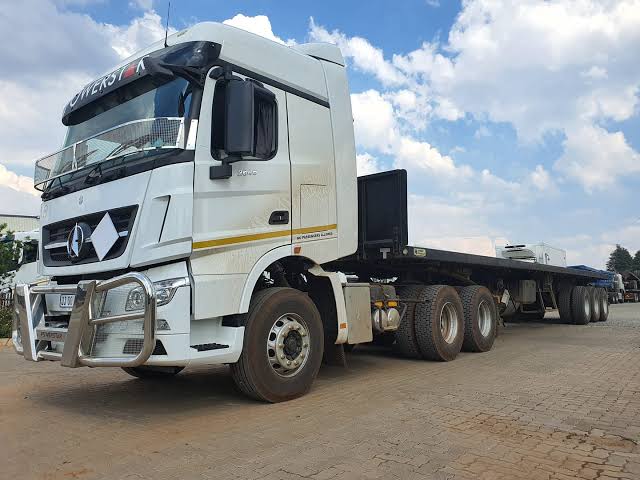 Foreign truck drivers employed by Brisk Fast Trading have downed tools demanding that the company pay them all the money it owes them and severance packages.

This follows developments that may soon see foreign drivers being barred from using their foreign-issued licences to drive locally registered trucks.

They have told their employer that he should bring South African truck drivers to collect the trucks from Zambia and bring along their severance pay.

Recently, the Minister of Transport, Fikile Mbalula bowed to pressure by the local drivers to clamp down on foreign drivers.

Mbalula said that the government was looking into legislation that would prohibit drivers with foreign-issued licences from driving South African registered trucks.

Brisk Fast employs a number of foreign truck drivers since they mainly do cross-border transport.

Local truck drivers have been reluctant to take cross border driving jobs because of the harsh conditions involved when doing trips to countries such as DRC.

Some foreign truck drivers prefer cross-border driving jobs as they get to pass through their homes.

The drivers are also demanding that Brisk Fast stop unnecessary suspensions and firing of truck drivers which they say is done unfairly.

An unconfirmed number of Brisk Fast Trucks are reportedly parked in Zambia. The drivers are demanding to be paid in full before they can release the trucks.

The drivers asked the company to send South African truck drivers to collect the trucks upon payment as they are no longer wanted.

Transnet has declared a force majeure at its Richards Bay Bulk Terminal,…