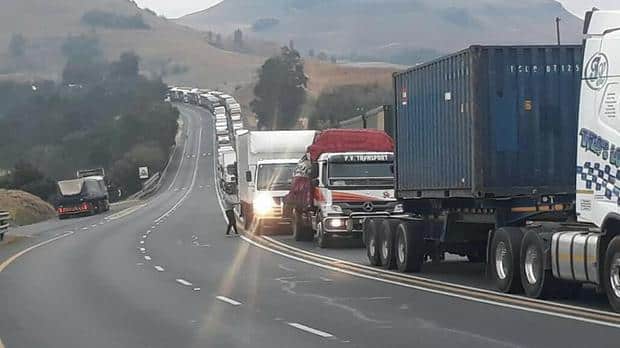 Foreigners are not taking our jobs, the government is failing to create jobs

The most important thing we can do as a nation in the wake of the periodic xenophobic attacks is to reflect on why this continues to happen, what drives it and what we can do about it.

A number of opinions reflecting on these questions have come to the conclusion that South Africans are “Afrophobic” or just criminal.

These are lazy and thoughtless analyses and are not satisfactory as explanations for the recurrence of this phenomenon.

Simply stating that the ANC is to blame is also unhelpful and it is therefore necessary to unpack the precise sins of the ANC on immigration.

With the recent attacks in KwaZulu-Natal being directed at truck drivers,for example, this analysis will focus specifically on immigration as it relates to jobs in South Africa.

First, the ANC government has failed to enforce the country’s labour laws requiring that South African employees be given preference in appointments for positions with skilled South Africans available.

The problem here is not the hiring of foreign nationals.

Second, people only fall back on scapegoating when there is a vacuum in the discussion of real solutions on offer.

The real issue here is that ANC has no plan to address the massive unemployment crisis engulfing the country.

Third, we need to direct our matriculants into training programmes for skills that are actually needed.

The Positive Freight Solution Forum has argued that “trucking companies are ‘forced’ to hire foreign drivers because there is a shortage of local drivers with the skills to transport special cargo, especially hazardous material” for example.

This should spark outrage in a country with millions of unemployed people who could be capacitated to do these jobs.

Once again, this is not the fault of foreign nationals but the ANC government directly.

Finally, we need a government that will actively raise awareness to dispel the common disinformation behind xenophobic violence instead of one that perpetuates these.

Research from the Migrating for Work Research Consortium suggests that while international migrants are less likely to be unemployed, they are more likely to create work in the informal sector.

Moreover, 11% of migrants classify themselves as “employers” and 21% as “self-employed”.

For non-migrants, only 5% are employers and 9% are self-employed. So rather than taking jobs, migrants are net job-creators, a trend our country desperately needs.

Unfortunately, the ANC has no incentive either to implement immigration reform or to disseminate the truth about immigration in South Africa because they rely on foreign nationals in the country to bear the brunt of South Africa’s need to blame someone for the pitiful state of our nation.

When tracking the causes of xenophobia, sadly, all routes pass through Luthuli House.

This is a guaranteed way to ensure that we all, citizens and migrants alike, sink further into poverty and despair in President Cyril Ramaphosa’s “new dawn”.

OPINION – What is going on in the Port of Durban, with…

In a viral video circulating online, a man was filmed stealing diesel…

Coming to terms with getting retrenched will never be easy. And as…