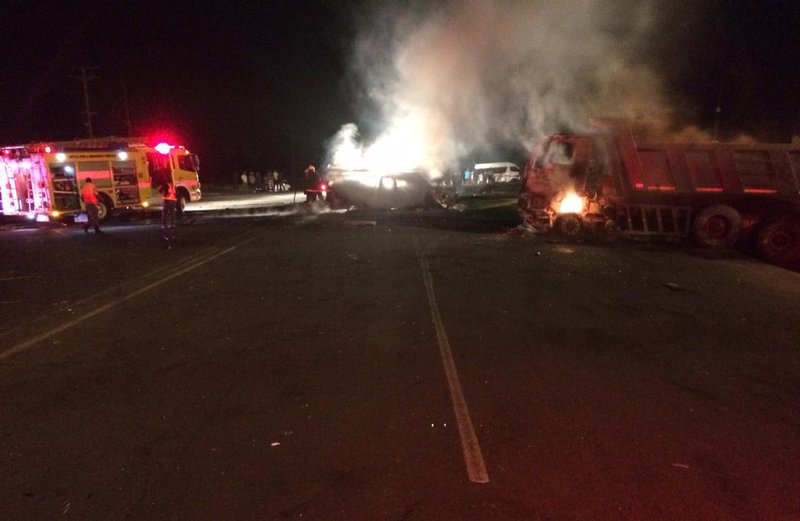 Durban – Four people have been killed in a collision between a truck and a bakkie near Eston, outside Camperdown, KwaZulu Natal.

Midlands EMS spokesperson, Derrick Banks says both vehicles were on fire when medics and fire fighters arrived on the scene.

“When paramedics arrived at the crash scene on R603, they found the truck and bakkie engulfed in flames.

Banks says when the flames were extinguished, they found four people in the bakkie – that were burnt beyond recognition.

“The truck driver was treated for serious injuries – he was already out of the vehicle. He suffered a head injury. We had to stabilise him on scene with a head injury.”

The truck driver was taken to hospital. Police are investigating the cause of the deadly crash.