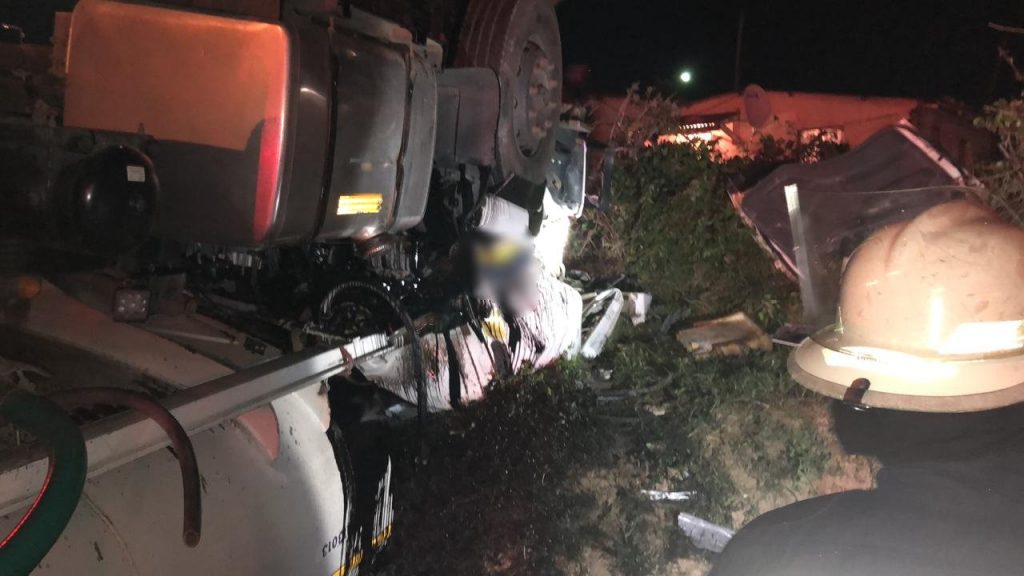 Durban – All four occupants of a water tanker truck were killed when the driver lost control and crashed along Curnick Ndlovu highway in Inanda, Durban last night.

It is not known at this stage how the driver of the heavy truck came to lose control at the wheel.

Netcare 911’s Shawn Herbst says four adults were inside when the accident happened.

“The adult occupants of the truck, two males and two females ,were trapped in the wreckage and Ethekwini Fire and Rescue Services had to use the Jaws of Life to free them,” Herbst says, “The patients were assessed by paramedics but they were found to have no signs of life and were declared deceased at the scene”.

Durban – A truck driver has died in a freak five vehicle…

A driver from Sabot Transport died in Lubumbashi, DRC and was reportedly…