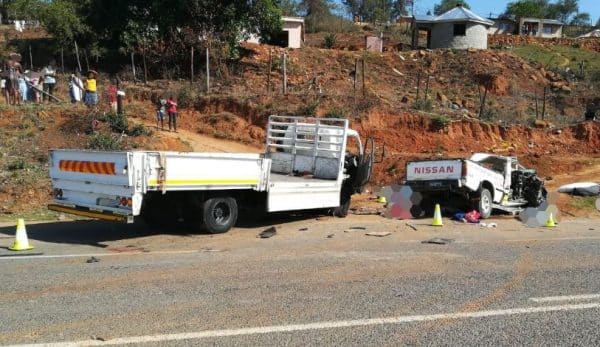 Durban – Four people were killed and eight others injured in a collision between a truck and a bakkie on the M70 towards Henley Dam near Pietermaritzburg on Sunday.

“Tragically four people have lost their lives in this … crash. Paramedics have treated eight people at the scene, three of whom are in a critical condition,” said KwaZulu-Natal emergency medical services spokesperson Robert McKenzie.

He said the cause of the crash was not immediately known and police were investigating.

On the M70 near Henley dam a truck and a bakkie have collided. Tragically four people have sustained fatal injuries. Paramedics have treated 8 patients at the scene