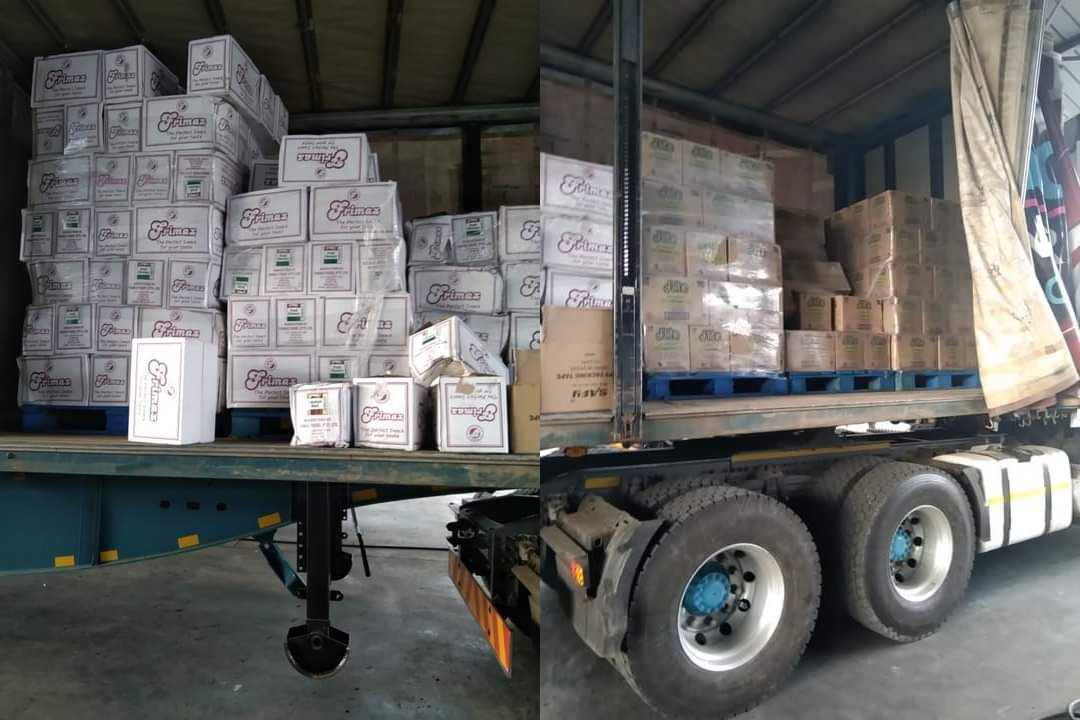 Four people were arrested by police in Westernburg , Limpopo after they were caught offloading an assortment of groceries stolen in a truck hijacking in Delmas.

Over a million worth of goods were recovered when police acted on a tip off that suspected stolen goods were being offloaded at a supermarket in Nirvana near Polokwane.

Four suspects were arrested on the spot and a large amount of different assortment of groceries with the estimated value of over R1 million were recovered inside the truck trailer and some, which were already offloaded, were found inside the shop.

During preliminary investigations it was established that a truck loaded with groceries was allegedly hijacked in Delmas and the groceries were then delivered at the Supermarket.

The truck with the estimated value of over R900 000. 00 was later recovered in the Bela-Bela policing area without the trailer.

The four suspects aged between 27 and 33 were charged with possession of suspected stolen property and possession of an alleged hijacked truck.

The suspects are expected to appear before the Polokwane Magistrates’ Court on Monday, 08 February 2021.

A manhunt for the remaining suspects is underway and more arrests are expected. Anyone with information may contact Captain Obed Tshikhudo on 082 565 8566 or t Crime Stop on 08600 10111 or the nearest Police or MySAPSApp