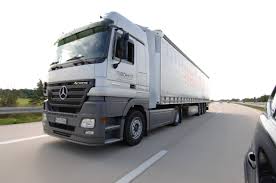 A GOODS truck was robbed of its contents on Tuesday morning at about 4am on the N2 (going north) between Sibaya Drive and Gateway. According to Capt Raymond Deokaran, spokesman for the Durban North SAPS, the driver of the truck had stopped the vehicle because of a mechanical failure.

“The driver pulled the truck into the emergency lane and called his employer to say there was an issue with the vehicle. A little while later at about 4am, he noticed a vehicle pull up behind him. He got out of the truck thinking it was his employer when he noticed men running at him pointing a firearm.

“They told the driver and his occupants to run up the embankment with their backs to the truck. The victims later returned to find the goods had been removed from the truck. It’s not clear what vehicle the suspects used. As yet there have been no arrests,” he said.