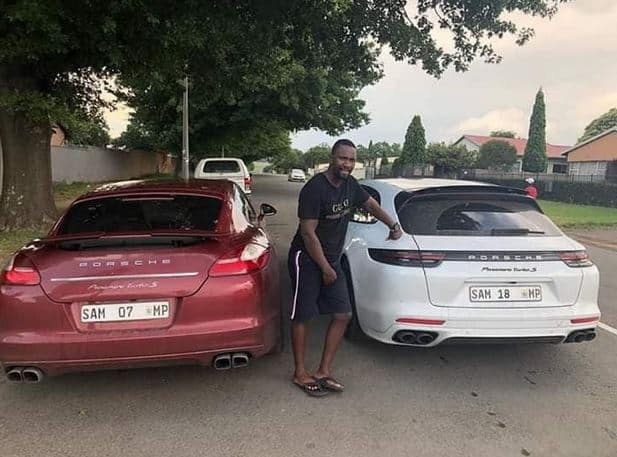 It never rains for Sam ‘Mshengu’ Chabalala, the young Mpumalanga business tycoon, as the Hawks have moved in to freeze his business bank accounts and assets.

A report in the Sowetan reveals that Hawks officers yesterday met with a senior official from the department of home affairs to obtain a statement which details how Chabalala obtained his alleged fraudulent identity document.

“On Thursday, we are moving to freeze his accounts. The prosecutor also ordered the investigating officer to go and seize the file at home affairs where he applied for his identity document,” he said.

Chabalala of Sam Holdings is facing charges of fraud, corruption, contravention of the Immigration Act as well as possession of unlicensed firearm and ammunition.

Hawks spokesperson Brig Hangwani Mulaudzi refused to comment on the ongoing investigation but confirmed they have stretched their investigation to include Chabalala’s businesses.

Chabalala, popularly known as “Mshengu”, was on Monday night admitted at a private hospital in Witbank, allegedly after suffering stomach complications.

Chabalala, who shot to fame after flaunting his wealth by taking a 72-car convoy to the Durban July, was remanded in police custody following his brief appearance in the Witbank magistrate’s court.

The flamboyant businessman was rushed to hospital in what is suspected to be food poisoning.

“Sam started complaining about a stomachache and an ambulance had to be called to fetch him from the Witbank police holding cell. He was rushed to the local private hospital where he spent a night receiving treatment,” an insider said.

Mulaudzi confirmed that Chabalala was admitted on Monday night and is been treated at an undisclosed private hospital.

“We are not going to divulge any information about the hospital where he is kept,” he said.

“He is in good spirit and the medical team had run tests to determine the cause [of his illness]. The tests results have not been released, but it is suspected it was food poisoning.

“This person has been in the police holding cell and has been fed all sorts of things,” he said.

Chabalala was arrested last week Friday at an eatery in Highveld Mall in Emalahleni after he allegedly paid home affairs officials a bribe to stop the probe.

Mulaudzi said the Hawks’ Serious Commercial Crime Investigation team were alerted and swiftly arrested Chabalala after he had just paid the bribe.

“A further search to his vehicle uncovered an unlicensed firearm which was hidden in his green Mercedes-Benz,” he said.

The case against Chabalala has been postponed to Friday for a formal bail application.