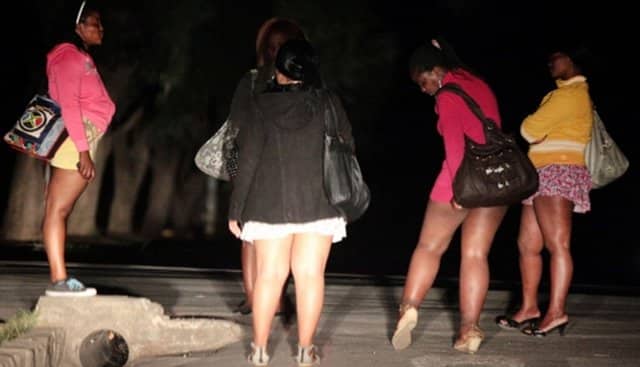 Police in Heidelberg have warned about some magoshas robbing motorists on the R103 and R23 in their policing area. This after the station noticed an increase in reports of that kind.

They jump into motorists’ cars without an invite!

If you refuse their services, the magoshas rob you of your belongings.

Four magoshas were bust after stealing from a motorist on the corners of R23 and R103 roads near Heidelberg.

They appeared in court for common robbery and malicious damage to property.

One of the victims, Corlett Sibanda (35), advised men to be extra careful when travelling in that area.

“I stopped to make a call last Wednesday and parked on the side of the road. They suddenly appeared and demanded to sell me sex. But I told them I wasn’t interested,” he said.

He said the next thing he heard his car door open and the women were about to jump in.

“I drove off, but luckily no one got injured,” he said.

Another victim, Velaphi Zweni (29), said the magoshas jumped into his car and asked whether he wanted to pay them or not.

“I had to find a way to get out of the situation. They were three and I told them I wanted one of them and two got out,” he said.

He said he gave the magosha R30 to convince her to get out of his car after driving into the Heidelberg CBD.

Captain Thivhulawi Tshilate of Heidelberg Police Station said another motorist was not so lucky.

“The four women jumped into his car after he got out to pee two weeks ago. The magoshas wanted the man to have sex with them, but he refused.

“He ordered them to get out of his car, but they refused. They searched him and took his wallet and cellphone,” said Tshilate.

The man opened a case and four women were bust.

They appeared in court for common robbery and malicious damage to property.

Tshilate added that police have increased patrols on R23 and R103 highways to try and curb the crimes.