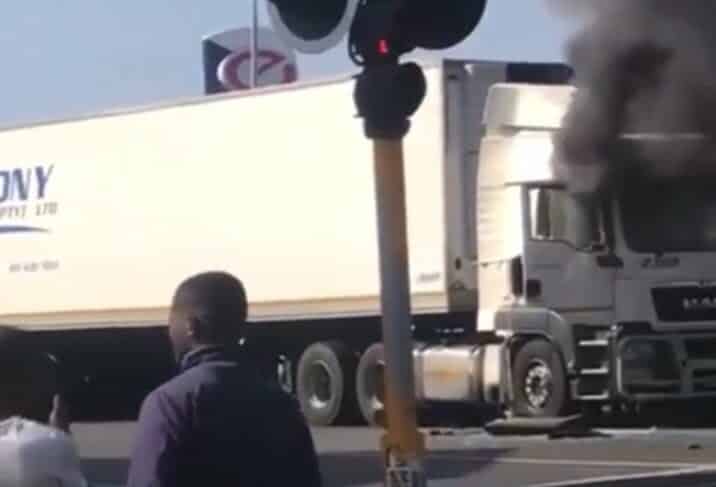 Durban – Hestony Transport and many other trucking companies are back on the N3 after losing several trucks during the riots and looting that occurred in KZN and Gauteng.

The N3 freeway was reopened on Friday morning with heavy presence of the police and army to ensure that the attacks on trucks would not continue.

Hestony Transport MD Etuan van der Westhuizen said it was all systems go to get as many vehicles as possible to Durban.

“We have been hit hard. We lost seven trucks in the violence. It cost us R24m,” he said.

“The losses don’t include the loads, which run into millions of rand. This violence has hurt us and suppliers hard.”

Van der Westhuizen said they were transporting food and other essential supplies which were needed by retailers and wholesalers. “We are moving as quickly as possible.”

Some of Hestony Transport trucks were burned on N3 at Mooi River where more than 25 trucks were attacked.

Some were looted and burned in Durban when looters went wild looting malls and warehouses in the past week.

Durban – Video footage has emerged online of a man throwing himself…