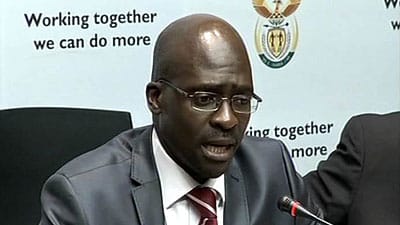 Many of the nationals originate from Africa and Asia.

For some, who come from conflict-torn countries, South Africa is their only safe haven. The South African government is hoping to make this an annual event.

The minister says the door is still open to those hoping acquire South African citizenship.

Meanwhile, Gigaba has announced that the closing date for the Lesotho special permit applications has been extended by three months. The original closing date was scheduled for the end of June.

Commenting on the repeated call by a section of the Lesotho nationals inside the country that the Mountain Kingdom should become part of South Africa, Gigaba say that decision lies with the Basotho nation and its Monarchy.

There have been repeated calls by a section of Lesotho nationals living and working in the country for the mountain kingdom to be joined with South Africa as the 10th province.

The Home Affairs minister says various factors including a low turn-out for registration have compelled both governments to agree on a new date
Gigaba says, “The Kingdom of Lesotho must decide to join South Africa in whatever way or form. That will be a decision of the people of Kingdom of Lesotho, their political leadership and the Monarchy of Lesotho. It’s not a decision that South Africa will take unilaterally. Our primary concern at the present moment is to facilitate movements between South Africa and Lesotho to make it easier for both South Africans and Lesotho nationals to travel to each other’s country.”

The Home Affairs minister says various factors including a low turn-out for registration have compelled both governments to agree on a new date. He says according to their records about 300 000 Lesotho nationals need to be documented.

“We still have only about 40 000 people more or less that have filled their applications both online and through walking-ins at the visa facilitation centres. The main delaying factor is the fact that many people still have to apply for their ID’s and passports from Lesotho and get into the population register. Looking at that situation and assessing it, we decided that we should, therefore, extend the closing date to the end of September to allow people to comply with our requirements.”