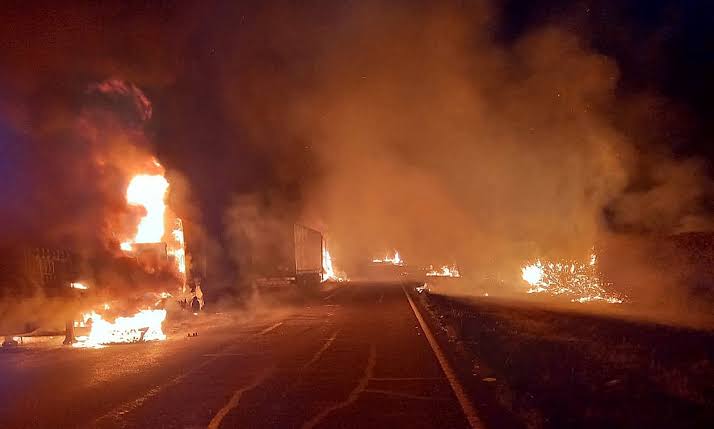 Immunity for motorists who kill or injure protesters blocking the road

Motorists have been granted immunity for injuring or killing rioters who will be blocking roads in the US state of Oklahoma according to a report by Associated Press.

Oklahoma Gov. Kevin Stitt signed a bill on Wednesday cracking down on protesters by increasing fines for blocking roadways and granting immunity to motorists who kill or injure rioters.

The bill was one of 44 bills signed into law by the Republican governor and one of a series of GOP-backed proposals across the country aimed at cracking down on protesters.

The bill makes it a misdemeanor punishable by up to a year in jail and a $5,000 (R71 980,70) fine to block a public street and grant criminal and civil immunity to motorists that kill or injure someone while fleeing a riot.

Supporters of the bill said it was prompted mostly by an incident in Tulsa last summer in which a pickup truck drove through a crowd gathered on a Tulsa interstate while protesting the death of George Floyd in Minneapolis.

Several people were injured, including one paralyzed from the waist down after falling from an overpass.

The driver, whose family was in the car, was not charged.

In South Africa, trucks continue to be a common target whenever there is a protest. Protesters hijack trucks, use them to block roads, loot the cargo and burn them.

On several occasions, truckers have been attacked and robbed but few to none of the perpetrators have been prosecuted for it.

The sad part is that a trucker who is doing an essential service to the same community becomes the target.

He has to abandon the truck and run for dear life but he well knows if he uses his truck to defend himself he would win albeit after injuring or killing many.

Because he values the lives of the rioters, who don’t care about him, and that the law may not protect him if the rioters are injured by his truck, he selflessly runs away.