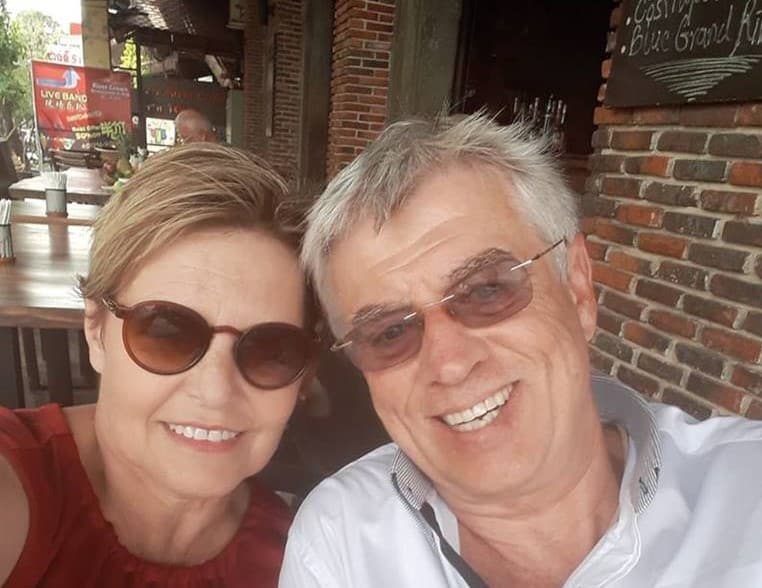 Ben Wiid (61) and his wife Riana (58) have been identified as the couple who died in a horrific crash with a tanker truck at the bottom of the Hoewhoek Pass on Saturday afternoon.

The couple who have been described as inseparable to death, died in a tragic manner one after the other, on the N2 near Grabouw.

Riana died when their car collided with the tanker truck and veered off the road ending up crashing onto a tree.

While Ben who initially ‘survived’ the crash ran into the flames of the burning fuel tanker and threw himself into the fire.

He burned to death before rescuers could arrive.

The couple who lived in Somerset West were very close to each other judging from their social media accounts.

Ben was a retired pharmacist who previously worked at Dis-Chem in Somerset West.

Riana was a retired teacher.

They were believed to be on their way from Somerset West to Kleinmond on Saturday, where a relative has a home.

Bystanders shouted for him to stop but he proceeded and threw himself in the inferno.

The couple leaves behind two daughters, Maryke Grobbelaar and Chantel Bam, as well as three grandchildren.