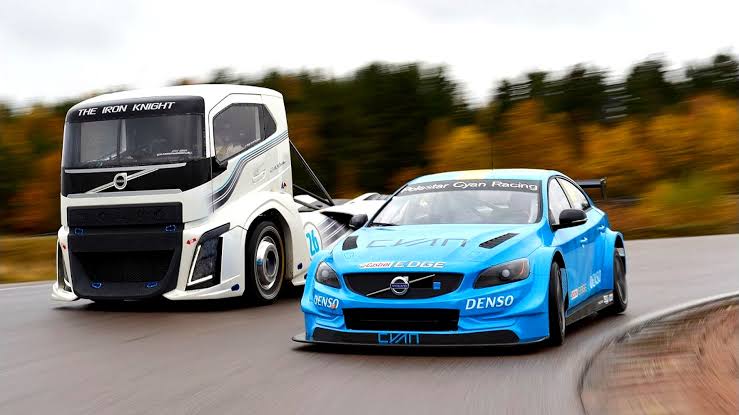 Is 100km/hr Of A Car Different To That Of A Truck?

NO! 100km/h of both vehicle types is the same, and for anything else for that matter. 100km/h is a complete statement that means 100 kilometres travelled in a space of 60 minutes (hour) and it is properly and sufficiently defined in terms of speed.

Before I lose you, yes, you who think that 100km/h on a truck is faster than that of a car, don’t be confused about the size of the vehicles because here we are talking about speed.

Simply explained, speed is determined by the distance travelled divided by the time taken to cover it. For example, if you travel 300km in 5 hours, to calculate your average speed you divide 300km by 5 hours (300km/5h) which gives you 60km/h.

Note that in our calculation, only distance and time are required, nothing more and nothing less.

The question has existed for quite a long time and seems to keep on sparking debates amongst peers. This is most likely due to the quiz-like way of the structure of the question – it’s kind of a silly question that makes one think that there should be a more logical response than a mere NO.

Don’t overthink the question if you want to understand it.

I have included some comments from SA Trucker Facebook page after I posted the same question there. The whole idea is to help someone who is still stuck in the wrong belief that there is a difference.

The radius and circumference of a tyre plays a crucial role in this scenario, the wheels of a bus have a greater circumference compared to the one’s of car. Hence the bus will yield more speed than a car

Tampae Tlady either helped this guy or left him more confused when he brought up a farming tractor that has smaller tyres and giant ones at the rear.

The scenario given by Tlady will help explain that smaller tyres would have to turn faster or more times to match the distance covered by the bigger tyres. However, the speed will remain the same.

As expected, there is always a lighter side to any conversation on SA Trucker, Junior Raphael facetiously commented,

The small tyres on the tractor are faster that’s why they are always in front.

Read also: Truck facts that could save every motorists from carnage

Another guy unnecessarily factored in engine capacity, he said;

A bus at 100 is faster than a car, car needs more than 120 to cover a speed of a bus or a truck, here is the logic, engine capacity of heavy duty is bigger than the car, horse power, rolling of a tyre, car can’t match the same speed of a heavy duty vehicle

This is also not correct, the question does not ask about the effort employed by the engine to get the vehicles to travel at 100km/h. That’s another unnecessary or wrong factor that a lot of people put in where it’s not needed at all.

Some responses were so resolute, that I may even struggle to change such people’s opinions. Well, grasp this, with proven facts, the opinion doesn’t count.

Just to make your head spin, some have spiced it up putting up very powerful and fast cars versus your old slow cars. That confuses others when their ‘respected’ cars are compared with minnows, like this one;

I am glad I didn’t choose to be a teacher because I remember when I gave my teachers a hard time convincing me I was wrong and they were right.

If I still have you reading by this time, I believe you are understanding me.

Small cars, semi-trucks and buses use the same concept to calculate their speed before displaying it on the dashboard.

A speedometer sensor, located in the transmission of a vehicle records the driveshaft’s rotational speed.

The sensor sends this information through the speedometer cable to the vehicle’s computer, which converts electrical pulses into a numerical speed displayed on the dashboard.

The effect of driveshaft rotation on the resultant turning of the wheel is predetermined by the vehicle manufacturer.

This means that if tyre sizes are changed, the speedometer may end up showing another speed, not the same as the vehicle is travelling at.

If you can get a tortoise to move at 100km/h and pitch it up against the fastest car in the world, Bugatti Chiron Super Sport, also doing 100km/h the two will be at par with none overtaking the other.

Howick – A corrupt uMngeni Municipality employee will not be able to…