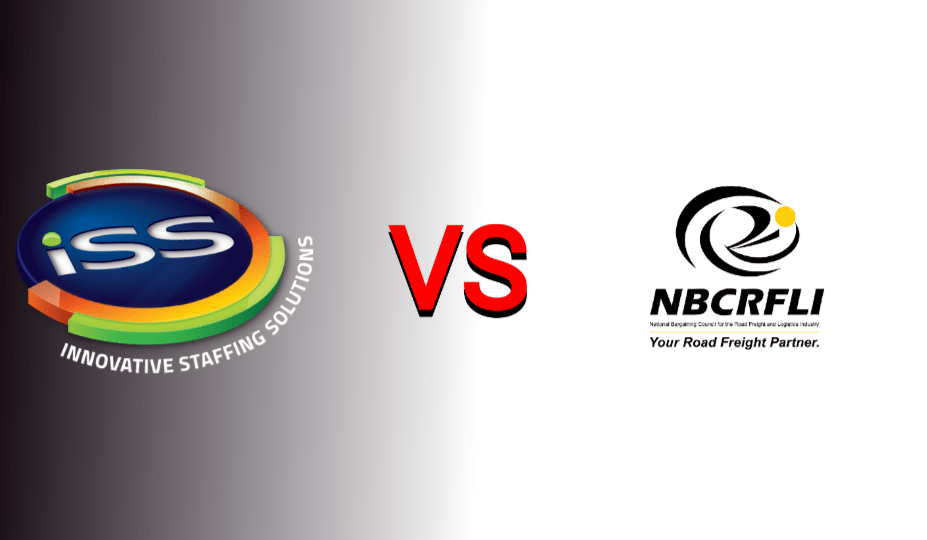 Innovative Staffing Solutions has hit back at the National Bargaining Council for the Road Freight and Logistics Industries (NBCRFLI) after the latter published a circular alleging ISS had failed to comply with the law in its operations.

This comes after SA Trucker shared the contents of a circular published by the NBCRFLI National Secretary, Musa Ndlovu, updating council members on the progress made in ascertaining whether ISS complied with Council’s Collective Agreement.

Innovative Staffing Solutions (ISS) and Innovative Staff Holdings (ISH) are subsidiaries of Innovative Solutions Group (ISG) that provide staffing requirements to clients, some of them, operating within the Road Freight and Logistics Industries.

“They offer to their clients a take-over of their labour forces by seeking to have their clients outsource their workforce to ISH/ISS. Pursuant to this business model ISH/ISS, takes transfer of their clients’ staff, purportedly in terms of Section 197 of the LRA from which time ISH/ISS, and takes overall employment responsibilities and liabilities pertaining to the staff of those clients.” read part of the circular.

Ndlovu stated that neither ISH/ISS has registered with the NBCRFLI nor paid to it any contributions in respect of the employees outsourced to them.

Believing that ISH/ISS fell within the NBCRFLI jurisdiction, the council declared a demarcation dispute against the entities which was settled when the ISH accepted that it fell under the Council’s jurisdiction and undertook
to register its business operations with the council.

Ndlovu also stated that ISH failed to honour the settlement agreement leading the council to approach the Labour Court to declare ISH and its director to be in contempt.

According to Ndlovu, on 21 August 2020 ISH’s director was found to be in contempt and a warrant of arrest was issued.

The order was issued notwithstanding that ISH placed itself into voluntary liquidation shortly before the Labour Court was due to hear the Contempt of Court application, Ndlovu further stated.

At the beginning of March 2021, the CCMA handed down a Demarcation Award finding that ISS fell under the registered scope of the Council.

Ndlovu stated that: By agreement, ISS was granted a stay of that Demarcation Award up until 30 June 2021, on the condition that it rendered certain returns to the Council. ISS, again like in the case of ISH, failed to render such returns and consequently, the Demarcation Award remains to bind.

Ndlovu concluded by stating that the council was proceeding with enforcement.

“ISG is aware of the defamatory media statement released by the NBCRFLI, and can confirm that its allegations are patently false,” says ISG Chief Executive Officer Arnoux Maré.

He said that ISS is currently locked in a legal dispute with the NBCRFLI regarding the Council’s false claims that ISS is operating illegally and is the subject of a warrant of arrest.

“ISS has approached the Labour Court for a declaration to prevent the NBCRFLI from unlawfully contacting clients with the intent of damaging the company’s reputation, and to prevent it from further spreading the same defamatory circular,

“Given the Council’s misconduct in publishing ISG’s name with the circular, ISG and its subsidiaries have further approached the High Court to sue the Bargaining Council for defamation, seeking relief to the sum of R6.5 million resulting from reputational damage and loss of revenue. The Bargaining Council has not opposed the R6.5 million claim, and ISG and its subsidiaries have thus applied for default judgements,” said Maré.

He concurred that a warrant was issued in relation to ISH which liquidated last year but added that there was an application pending in the Labour Court for the suspension of the court order which gave occasion to this warrant.

Maré explained that his company does not operate as a Temporary Employment Service (TES), as claimed by the Council.

“ISS is a Human Capital and Facilities Management subcontractor that permanently employs over 36,000 employees across a variety of sectors such as mining, engineering, construction, retail, agriculture, and transportation and logistics,” he said.

“Our employees receive a variety of benefits from ISS including comprehensive medical benefits, a staff wellness scheme, and provident fund contributions. These benefits far exceed those prescribed by the Council, and in addition to a reduction in staff salaries, these benefits would also be suspended to adhere with the Council’s prescripts should ISS be compelled to comply with the Council’s Collective Agreement,” said Maré.

He challenged the council to explain why it has not informed the public that it is currently defending itself against legal action taken by ISG and ISS in the Labour Court for this same circular.

“Finally, I wish to point out that the Council’s general agreement will be ending on 28 February 2022. I truly hope that all the funds that it has taken from thousands of employees in the industry will be repaid, given that it has not submitted its annual returns since 2019 – as can clearly be seen on its website.

“I have not seen any evidence that it has informed its members of the fact that it may not be viable come March next year,” Maré concluded.

Ndlovu did not respond SA Trucker’s request for comment.

#ZumaArrest protests have erupted in KwaZulu-Natal following the incarceration of former president…
South Africa moves to level 2 lockdown from midnight on Monday, August…