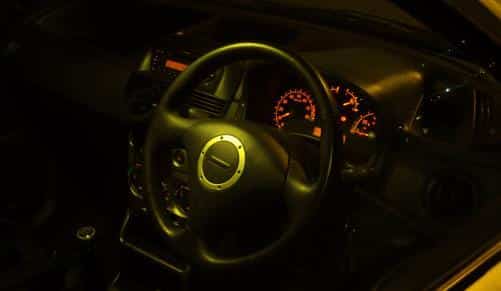 Killed by truck driver who was watching p_orn

Aspiring teacher Laura Thomas was 20 when she was killed by a truck driver who was watching pornography at the wheel.

She had been waiting beside her broken-down car with her fiancé when a lorry flew over the safety barrier and hurtled towards her.

It later emerged that haulier Ian Glover, then 44, from Birmingham, had been watching pornography on one of his two phones. He was jailed for five years in 2014 after admitting causing death by dangerous driving. Miss Thomas’s mother Lisa, 47, backed the Mail’s campaign last month calling for tougher penalties for those caught using their phone at the wheel.

Mrs Thomas, from Great Haywood, Staffordshire, said: ‘We are far more lenient than any other country – particularly if somebody has offended more than once. People using their phone don’t ever think that they could lose their loved one.’

She said she felt sick every time she saw someone using their phone on the road, adding: ‘A lot of it is people who don’t normally offend – you see mums with babies in the back of their cars. It is people who wouldn’t normally be breaking the law and don’t think they are doing any harm.’

After Glover was convicted Miss Thomas’s fiancé Lewis Pagett said: ‘Laura and I were looking forward to planning our wedding together – instead, I ended up planning her funeral.’

Harare ‑ Forty three people died and 24 others were injured when…

Harare – A Zimbabwean man has been sentenced to two years in…