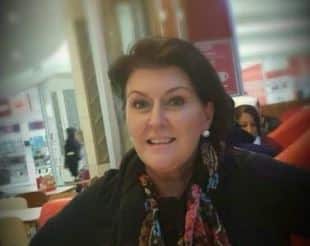 KZN prosecutor accidentally killed after gun goes off in court

A prominent senior state advocate died after a gun, displayed in court as an exhibit, was accidentally discharged in the Ixopo regional court on Monday.

It is understood the gun fell and a shot went off, hitting the advocate in her leg in what has been described as “freak accident”.

“It is with great sadness that I inform you of the passing on November 18 of senior state advocate Addelaid Ann Ferreira Watt of the office of the director of public prosecutions, Pietermaritzburg,” said Zungu.

“Her untimely passing is mourned by all. Our thoughts and prayers are with her family during this difficult time. The family has requested that their privacy be respected,” Zungu said in the bereavement notice to staff.

By Tuesday morning, numerous messages of condolence had been posted on the woman’s Facebook page.

“I am totally shocked, words can’t express how devastated I am,” one friend wrote.

Another said the prosecutor’s death was “unnecessary”.

You were taken too soon…..you will be dearly missed Addelaid Ferreira Watt. Shall miss your messages of encouragement and kind words filled with love. RIP…..my condolences to all family and friends….

Cape Town – The University of Cape Town executive and the Leadership…

CCTV footage captured the moment a black SUV drove past a restaurant…
Two police vehicles and an ambulance have been burnt in Boikhutso, Lichtenburg…

The tow truck driver was shot dead when he followed the suspects as they fled the scene.