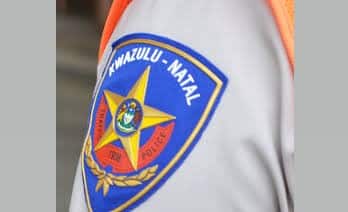 Durban – The KwaZulu-Natal Department of Transport is investigating a case in which a Road Traffic Inspectorate official was caught on CCTV stealing a cellphone over the weekend.

Department spokesperson Kwanele Ncalane said, “Our team have been to the Nandos store where the incident happened. An internal investigation has been initiated and the suspected traffic official has been served with a notice of intention to suspend him.”

“Our officers’ conduct must be beyond reproach at all times, the uniform should be respected and that is not negotiable,” added Ncalane.

In the video shared by crime fighter Yusuf Abramjee on Twitter, the officer, clad in the KZN Road Traffic Inspectorate uniform can be seen looking around to see if the coast is clear.

In a flash, he takes the cellphone from the counter and shove it into his pocket and flees the scene.

The people in the same queue with him seem to not even notice what just happened.

The video has gone viral on social media and calls have been mounting for the department to take measures against the traffic official.