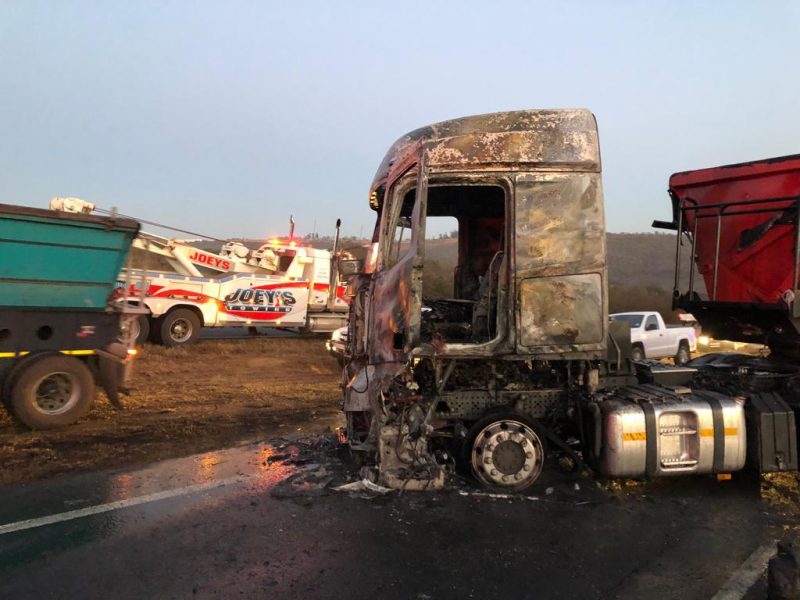 Durban – KwaZulu-Natal transport, community safety and liaison MEC Mxolisi Kaunda condemned the burning of trucks along the N3 near Ashburton on Sunday.

Kaunda called on police to act swiftly and find the suspects involved.

The north and south-bound lanes were closed on the N3 near Ashburton as emergency services cleared the road.

“Government has embarked on a process to address the challenges facing truck drivers,” the transport department said in a statement.

“We, therefore, call for truck drivers to be patient and desist from embarking on actions that result in the damage of property,” said Kaunda.

After receiving reports that truck drivers would embark on a strike from Monday, the provincial government appealed to those behind the strike to ensure it was a peaceful and a legal strike.

The South African Transport and Allied Workers Union (SATAWU) has distanced itself from a planned strike in the trucking industry.

The union said it was concerned for the safety of truck drivers and urged trucking companies to be cautious because in the past strikes called by “faceless people” had often resulted in gruesome attacks on truck drivers with trucks being torched.

The attacks happened around 03h00 on Sunday morning, watch below;