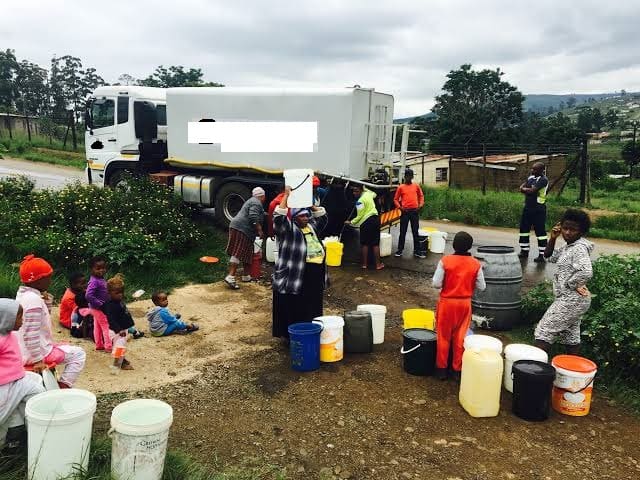 A 24-year-old water tanker truck driver has been arrested after he allegedly ran over a man who tried to stop him from stealing from the community of Ulundi on Sunday.

The victim, 31-year-old Mkhanyiseni Sikhakhane, suspected the driver of a water truck contracted by the Zululand district municipality was selling water to residents and went to investigate.

But he was fatally run over when he allegedly tried to take the truck’s registration number. Councillor Thulani Khanyile said Mkhanyiseni was a ward water provision overseer.

“The incident angered residents as water has been a very troubling service. Mkhanyiseni was just fighting against corruption, which made water supply impossible to some places as those with money paid the driver to offload water in their homes.”

Captain Nqobile Gwala said a case of culpable homicide was being investigated by Ulundi cops.

“It’s alleged a 31-year-old man was knocked down by a water truck. He sustained injuries to the body and was declared dead at the scene. A 24-year-old suspect was arrested and is expected to appear in court soon.”

Zululand Mayor Thulasizwe Buthelezi confirmed the company was found to be selling water, which is illegal and wrong.

“We immediately suspended the services of the company,” he said.

“We’ve met the family to express our condolences on this tragic death.

Water is a basic need and the government supplies it free of charge, but it’s survival of the richest for Mkhazane Village residents in Ulundi as they are forced to buy water.

Cape Town – Three trucks were torched in Cape Town, one on…