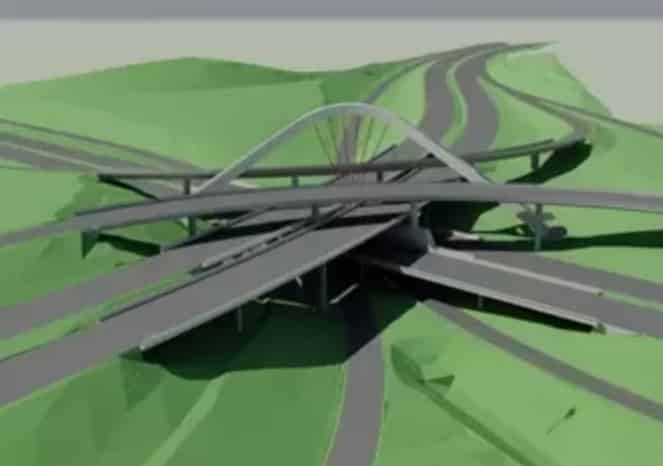 KZN’s N2 and N3 highway to get more lanes

Durban – Stretches of the N3 and the N2 will be widened into carriageways of up to six lanes in each direction and the EB Cloete Interchange will get a Moses Mabhida Stadium-like arch.

This is according to Ravi Ronny, the South African National Roads Agency’s planning, design and construction manager for KwaZulu-Natal (KZN) and the Free State.

He told The Independent on Saturday that jobs, totalling R8.5billion, would be put out to tender in the next two months.

Ronny forecast that the entire job would be complete in eight to nine years.

“Some projects will start early, some late,” he said.

The stretches will be between Candella Road and Westville, over the interchange, and between Cato Ridge and Ashburton on the N3.

On the N2 they will be between Solomon Mahlangu (Edwin Swales) Drive and Umgeni Road and between KwaMashu and Umdloti.

The two stretches crossing the interchange will be expanded to six lanes while the others will be four and five.

He said that A-frame structures currently supporting the different levels would need to be adjusted to make it possible for single-lane ramps to be widened. Hence, the need for the arch to hold the interchange up, with cables.

Ronny added that 30% of the work would be done by subcontractors, creating 20000 jobs, and that communities, business forums, women, youth and former MK veterans would be involved.

He also spoke of plans to improve the stretch of N3 known for its steep curves and gradient, on Town Hill outside Pietermaritzburg, as part of a future R5bn to R6bn project.

He said it involved the option of a 14km detour from the present route that all heavy trucks would be forced to use, except those travelling into and out of the provincial capital.

“We shall look at the toll option for it. There is no funding source for it as yet.”

Ronny also said the repair contract for the notorious Peter Brown Bridge on Town Hill, which has been damaged since October 2016 as a result of delays with engaging with local communities in fixing it, would go on tender next month.