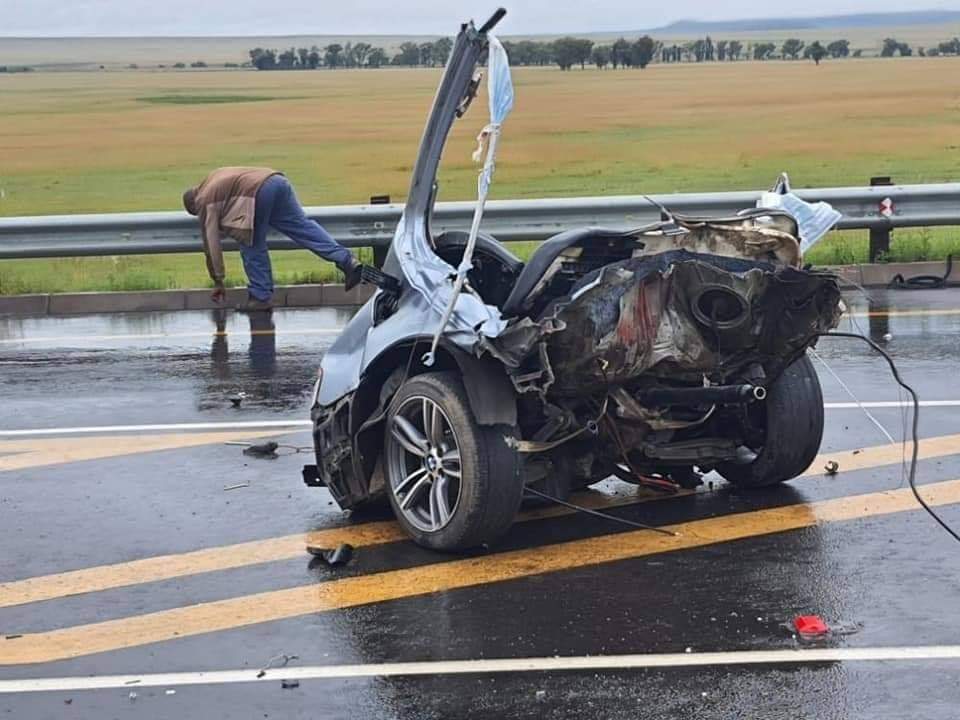 Four people have been killed in a horrific accident between a truck and a BMW sedan on the notorious N8 highway between Bloemfontein and Botsabelo on Friday.

The impact of the collision was so serious that the BMW sedan ripped apart into more than two pieces.

All four occupants of the BMW were killed in the accident.

Free State Emergency Medical Services’ Sipho Towa says on Friday morning they received information regarding an accident at the T-junction of Botshabelo West and on arrival found that a light motor vehicle had collided with a truck.

He says four people died after a BMW they were travelling landed under a truck that was travelling from Thaba Nchu, causing the truck to overturn.

Towa confirms the scene has been cleared up and the road is now accessible. He, however, warns that motorists must be cautious.