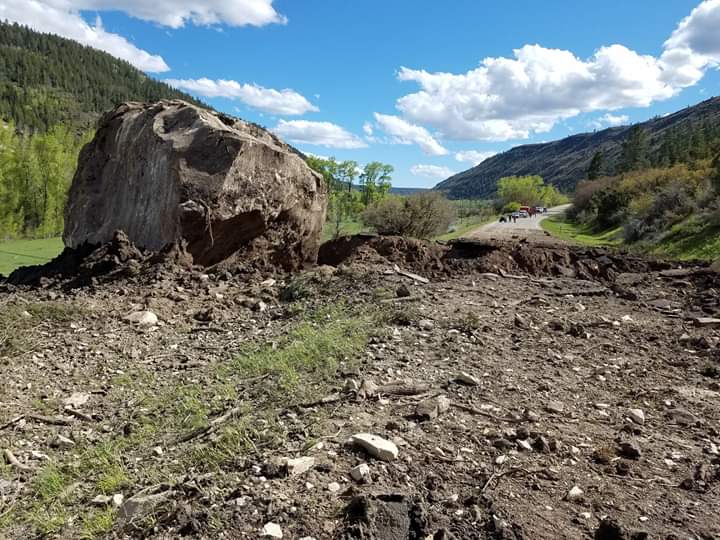 A Colorado highway has been destroyed by two monstrous rocks which fell from a nearby hill. Two house-sized boulders and some smaller rocks came rumbling downhill and made a 2 metres deep trench on the road.

John Mwene, an SA Trucker who is now based in the USA shared the story with us after he witnessed the phenomenon which happened yesterday afternoon.

Colorado Department of Transportation wrote on Facebook that the road was impassable at that time. Further saying that the boulders had to be blast into smaller movable rocks.

Over 200 military trucks, trailers, Nyalas and other military equipment burned to…
Total
2
Share
2
0
0
0
0