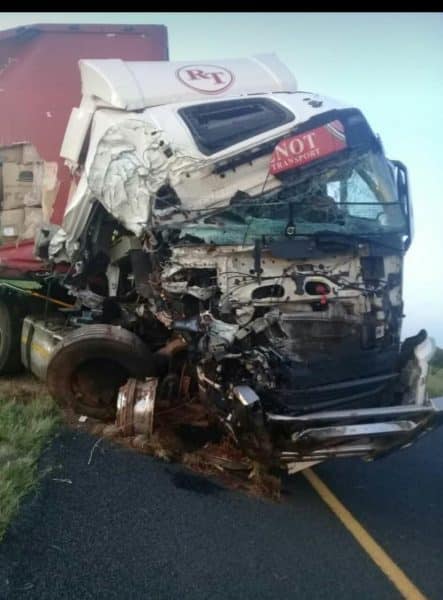 A truck driver has been killed in a horrific three truck crash on N1 south
between Bloemfontein and Edenburg.

According to OFM News the collision happened last night just before 22h00.

Traffic was stuck for close to eight hours as emergency personnel combed the scene for the injured while others cleared debris from the road.

Unfortunately one of the truck drivers died while entrapped in his truck.

Police spokesperson Loraine Earle told OFM News they have opened a case of culpable homicide, and investigations are continuing.

Cape Town – Taxi operators have remained adamant that their fines and…