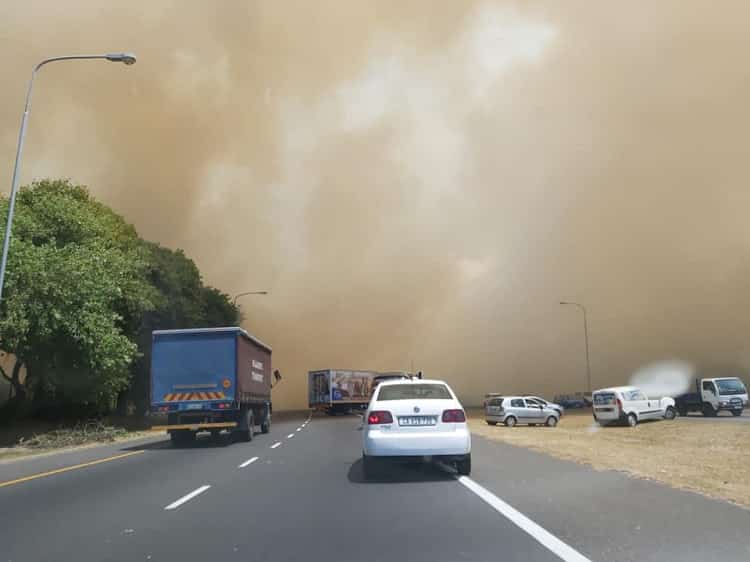 M5 freeway in Cape Town closed due to veld fire

Cape Town – The M5 freeway was closed near Youngsfield due to poor visibility after a veld fire clouded the highway with smoke on Monday afternoon.

According to fire and rescue services spokesperson Jermaine Carelse, the M5 highway was closed near Youngsfield, in the city’s southern suburbs.

“We received the call about vegetation alight about 10.52 this morning [Monday], along the M5 near Youngsfield,” said Carelse.

“We have seven firefighting appliances and two sets of seasonal firefighters on the scene, with a total of 52 staff members at the scene. The fire has not been contained.

“The smoke is travelling towards Newlands, Rhodes Memorial and up to the town area. We have received numerous calls,” he said.