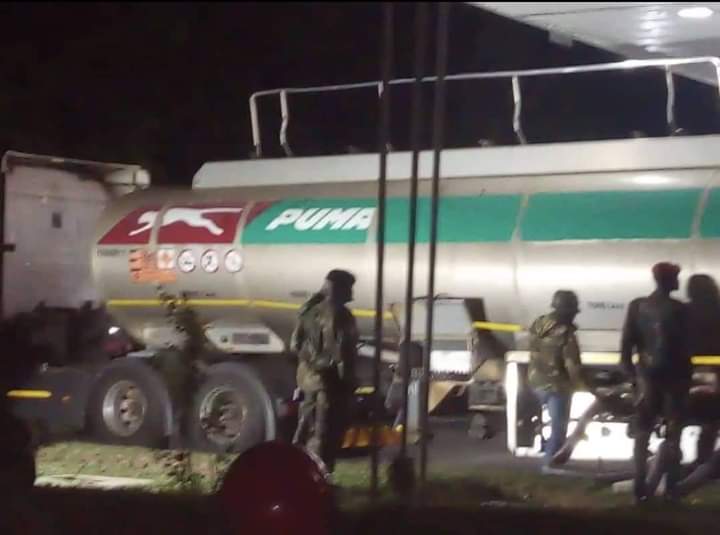 As the truck driver strike hit Malawi, the country’s army vowed that starting from October 1, 2021, distribution of fuel to filling stations will be done by military drivers.

According to a statement signed by Malawi Defense Force (MDF) acting Public Information Officer Emmanuel Mlelemba, MDF says “armed fuel escort” will be provided to fuel tankers from the country’s borders to National Oil Company of Malawi depots and distribution to commercial gas stations will be done by its drivers.

The development comes amid the ongoing strike by truck drivers and owners across the country, which has caused shortage of fuel in some locations.

Malawian truck drivers have asked government to back their demand for a K140,000 which is an equivalent of about R2 600.

Truck drivers have complained that despite government setting a minimum wage of K140,000, employees are not adhering to the directive as the drivers are still being paid K40,000 (R740).

The drivers are also concerned that they are required to present certificates of negative Covid-19 test every time they travel but they pay $50 to get tested.

A bunch of the striking drivers were arrested by police officers at the beginning of the protest.

The strike has led to shortage of fuel in filling stations across the country. Malawi Energy Regulatory Authority (MERA) said yesterday that there is fuel in reserves and efforts were being made to address the fuel stockouts.

Government also gazetted a law reducing a 48-page passport fee for crossborder truck drivers from K120,000 to K60,000 while the Ministry of Health ordered that all truck drivers who cross borders should be testing for Covid-19 free of charge.

In the United Kingdom, there is a also fuel shortage but money is not a problem in their case.

The country is short of 100,000 truck drivers and authorities there are busy planning a massive recruitment of foreign drivers to help quell the crisis.

The truck driver shortage has left many filling stations with no fuel, leading to panic buying and long queues.

To address the issue, transport companies have raised truck drivers’ salaries by over 25 percent and the government is offering 5000 three-month work visas to foreign truckers.

It’s a case of Malawi treating as trash what the UK deems as good right now.

In a case of gross negligence and utter disregard of the law,…