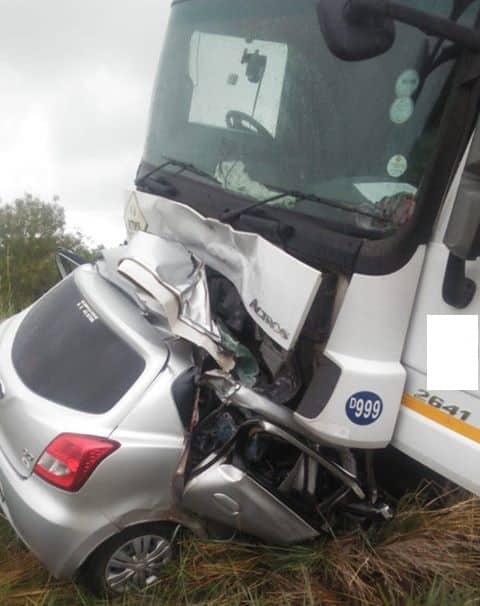 Police in Limpopo are investigating two counts of murder and a suicide after it is alleged that a 37-year-old man killed his wife and step-daughter and then himself near Bela-Bela yesterday afternoon.

Police Spokesperson, Brig Motlafela Mojapelo says the bodies of Thandi Mathebula (39) and her daughter Sharon (17) were discovered by the neighbours. It is alleged they neighbours became suspicious and went to check on the family. Upon looking inside a window they saw a body lying on the floor and immediately contacted the police.

On arrival the police forced open the door and found the body of the woman in the kitchen and the body of the daughter in a bedroom. Preliminary investigations indicated that the two were possibly strangled to death.

Mojapelo adds that the husband climbed into the family vehicle after the murder and took the R516 Rooiberg/Bela-Bela road where he drove into an oncoming truck. He died instantly.

The police says the motive behind the incident is still unknown however domestic violence cannot be ruled out.

Provincial Police Commissioner, Lt Genl Nneke Ledwaba has condemned the incident and warned communities not to resort to violence and instead seek professional assistance (some of which offer free services) when dealing with domestic challenges.

Durban – A man and a woman in their 40s have been…