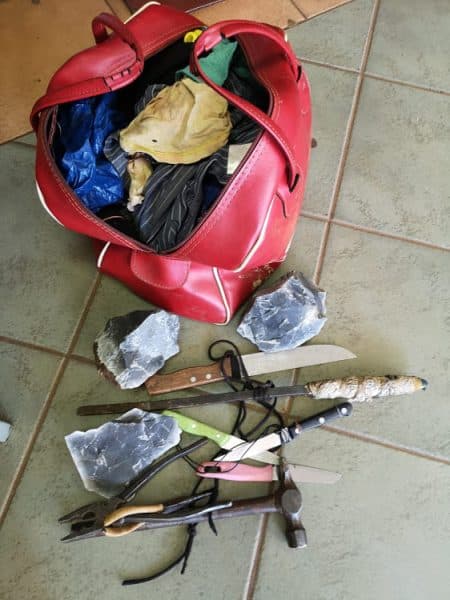 Police recovered these weapons in the suspect's possession. Pic: SAPS

Johannesburg – A 36-year-old man was arrested for allegedly stoning a truck on the N12 in Lenasia, the Johannesburg metro police department (JMPD) said on Monday.

“He was carrying a red bag which contained rocks and tools used for breaking into vehicles,” said Minnaar.

The man is expected to appear in the Protea magistrate’s court this week.