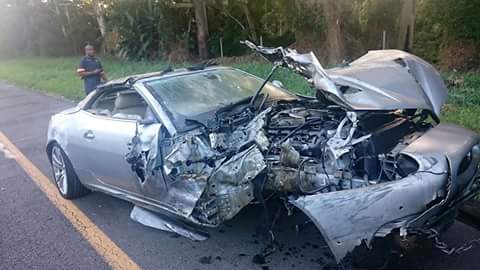 A man in his 20s has been seriously injured after he lost control of his vehicle and rolled on the N3 North Bound near M13 on Friday morning.

Rescue Care Paramedics arrived on scene to find a single vehicle extensively damaged. It had rolled before coming to rest on its wheels. A male in his 20s had sustained moderate injuries and was stabilised on scene before being transported by Rescue Care to a nearby hospital for the further care that he required.

At this stage the exact cause of the collision is unknown however SAPS and RTI were on scene and will be investigating further.

Two Limpopo traffic cops were robbed of their cellphones, a firearm, equipment…

The Beitbridge border post has been closed amid imports restriction protests. In…