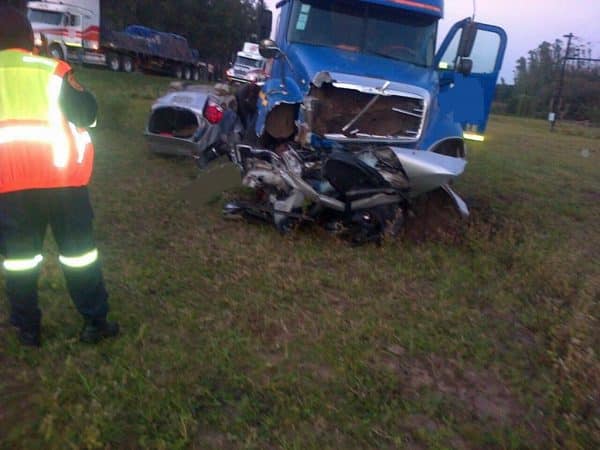 A man has tragically sustained fatal injuries in a crash involving a car & truck on the N2 Mkhanyakude between Mtubatuba & Hluhluwe in the Northern Kwazulu Natal.

The accident happened in the early hours of the morning in unclear circumstances yet but the scene suggested a horrible death for the car driver. His lifeless body was found in the extensively damaged car.

The truck driver sustained minor injuries, but his truck was severely damaged.

Authorities were on the scene to investigate on the cause of the accident.